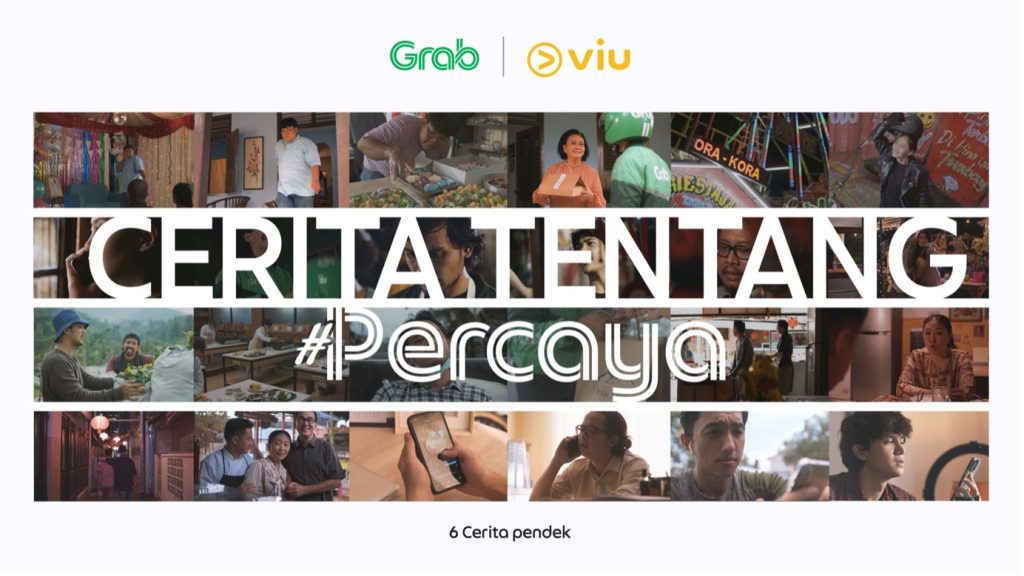 Indonesia was one of the worst-affected countries during Covid-19 in Southeast Asia. The pandemic destroyed lives and livelihoods but amidst calamity and hardships there were stories of everyday heroes whose spirit of resilience helped them overcome the worst.

To acknowledge and celebrate the resilience and self-belief shown by Indonesians during the pandemic, technology company Grab Indonesia has partnered with OTT video streaming service Viu to launch a six-part series titled “Cerita Tentang Percaya” or Stories of Belief.

Launched on 2nd April, the first day of Ramandan, the series is inspired from real life stories of Indonesians who persevered, dared to fail and rose again during the pandemic. Each of the 22-minute episodes of the show, streamed on Viu focuses on a different story of survival during the pandemic. The platform has been streaming two episodes each week with the last episode scheduled to be shown on 27th April.

A collaborative effort of three players – The Academy Consulting (TAC), Iron Hill Media (IHM) and Passion Pictures Indonesia (PASSION) – the original concept and strategy was pitched to Grab & Viu by TAC while IHM fleshed out the six stories and PASSION executed the production with award winning film director Hafiz Ibrahim.

The series has been timed to launch with Grab’s ad campaign “Percaya” (Belief) which salutes the resilient spirit of Indonesians.

Commenting on the series and the campaign, Melinda Savitri, Country Marketing Head of Grab Indonesia, said: “We are pleased to have partnered with Viu for Cerita Tentang Percaya series, which reflects the character of Indonesians, who are known to be extremely persistent – relentlessly trying again and again to overcome challenges.

As an inseparable element of the nation, Grab stands and fights with all Indonesians. Through collaboration with Viu and supported by TAC, PASSION, and IHM, we want the audience to feel a connection that this is a story about all of us, a story about celebrating the fight itself.”

Varun Mehta, Country Manager – Viu Indonesia, speaking at the launch press conference of Cerita Tentang Percaya earlier in Indonesia said: “The core concept of Cerita Tentang Percaya the series appealed to us greatly and that is why we wanted to partner with Grab by providing a platform where not only these stories but also the creativity of Indonesian content can be seen by a larger audience both in Indonesia and internationally.”

Commenting on the concept and execution of the series, Sheen S Singh, Founder of TAC, IHM & PASSION Malaysia-Indonesia-Thailand, said: “It was a proactive initiative that was developed by the team at TAC which has found that there is fast growing appetite among the consumers for long form entertainment and an opportunity for brands to entertain and engage with them by telling relevant stories.

“From a creative perspective, this series was designed to entertain with the brand being a part of life versus having the stories evolve around the brand. The content we aspire to produce for brands will always put “entertainment” first to ensure it is widely viewed. We are thankful to Grab & Viu for recognising this opportunity.”

The last episode of the series is due to be streamed on 27th April 2022.