This piece was first Published in MARKETING WEEKENDER Issue 348

What else can we possibly talk or write about except the coming General Elections.

It’s everything we hear everyday, everywhere and everytime.

Malaysians seem to have hit the pause button since the Sheraton move and are now eager to move ahead. So are brands and businesses which are still smarting from COVID.

This is the state-of-mind of most voters. They know everything there is to know about their choice of candidate or party. We have been bombarded by nothing much except politics in recent years. In fact, about 10 new newsportals about politics have sprung up in the past year alone. And if anyone thinks the new and younger voter population needs to be informed, updated and briefed, trust me, they are way ahead of the curve. Nothing happens for free.

Every party or coalition wants to win. Easy, fast and cheap.

Well Word of Mouth is the only free communications medium, but even then you have to work out how to plant the story (real or fake) in the national discourse. Social media is free in that aspect. Twitter also known as the “world’s bathroom wall of shame” has its fair share of largely invectives and pointed indiscretions. Twitter has actually replaced the “poison pen letters” of yore that would spin a web of lies and deceit.

Since COVID, the masses are experiencing fatigue mixed with apathy, amidst rising costs everywhere. This “blur” state of consciousness is real, many are wondering if oxygen will be bottled next. They know that nothing is free anymore and they are worried. Pillow talk in most homes paint a picture of hopelessness. That’s why sentiment is all that matters. How the rakyat feels is how they  will vote. Ceramahs and the avalanche of posters and banners tire them. They just want to get on, they know what to do next. Any pretext by campaigners to deploy hard-sell narratives will backfire. The patience is gone. 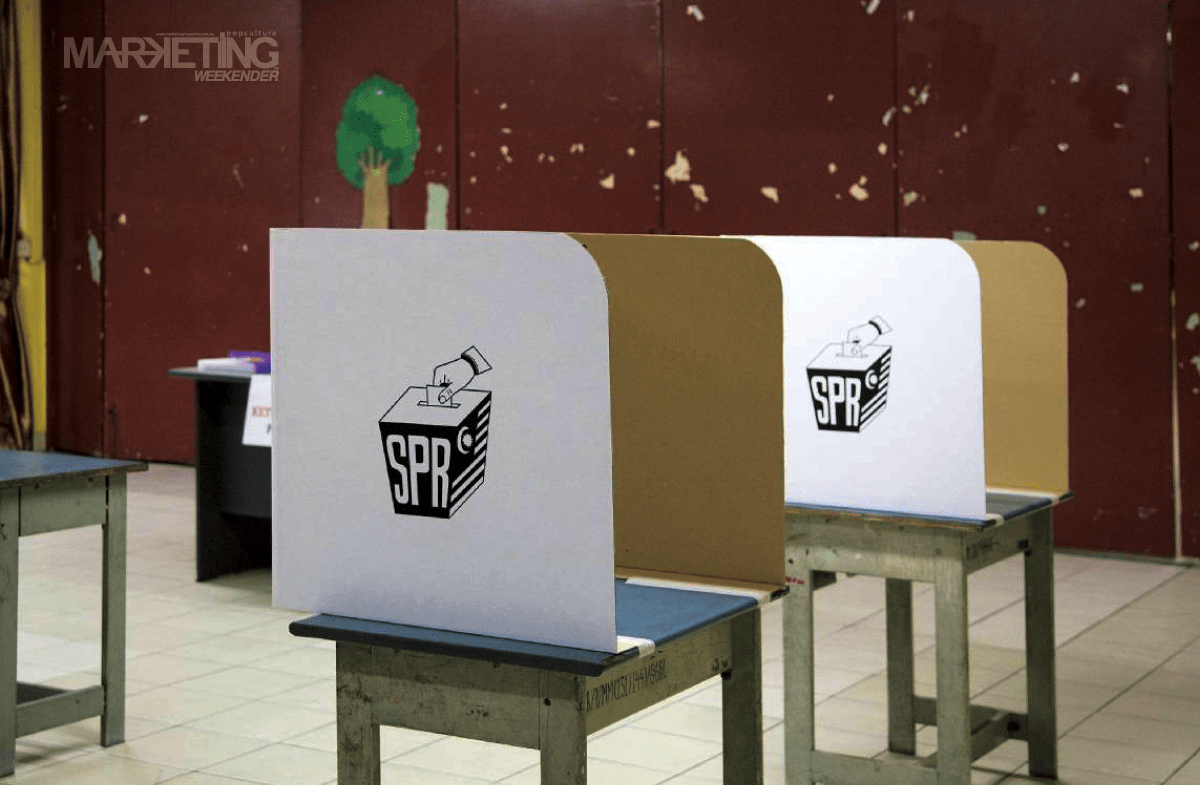 Where is the money?

Players are still figuring out if there is an advertising budget for GE 15. I heard about fund collections but not much about fund spending. Maybe this is the calm before the storm. Real campaigning will come to life for only two or three weeks and every ringgit spent has to be stretched to advantage. Is there enough time? Is there ever is?

But I know that even state owned, or shall I say state linked media is not talking. Secrecy is the order of the day and I can’t blame them.

Based on past experiences, funds for this come in cash to avoid any paper trails linking the spender in view of vague or limiting “political funding” parameters. It’s always a gamble too, and most vendors insist on cash payment, except state players, as many ended up not getting paid in the past because their ‘invisible” client lost.

Companies involved in the pass-through spend to media and suppliers shield themselves through complicated processes worthy of a Havard marketing case study. The tracking on digital spend is another magic show, as hiding the trail can be tricky.

Of course, Google and Facebook will be the big platforms, and how can we forget the ultimate unmeasured dark media – WhatsApp. These platforms are the king makers. Two years ago, Google even stopped political ads during the Singapore elections.

There is no question that mixing mainstream media with digital will deliver saturation. Main dailies will have a run, but the bulk of money will go into digital – social platforms like Facebook who love to play policeman, TikTok, Google Ads, Twitter and more…

But the killer-app will Digital Out-Of-Home for its immediacy, flexibility, versatility and multiplicity.

This is a spectacular example: the DEMO Festival in the Netherlands transformed into the world’s largest open-air design exhibition, with over 5,000+ digital screens across the country, for 24 hours earlier this month.

Influencer marketing is a dodgy one for politics, as the candidates are to be the real influencers. Word of Mouth (WOM) is the game-changer here. There has been much talk about Big Data, and how Trump and Marcos Jr. had leverage on that to win. PKR’s Rafizi is giving his opponents the shivers on this, but he may have let on more than he should have. Time to do it.

For the younger, vocal generation it’s a “No Brainer” in terms of who to vote for. After all, everyone has, and is, calling for change and this younger addition to voters are from among those with eyes wide open, and quite possibly, resistant to the creative subterfuges of professional politicians.

For all the speeches, ceramahs, digital out-of-home advertising, TV news and so on out there, they are obviously going to ignore all the platitudes so given to politicians, and focus on who can give Malaysians a good, clean government.

As far as I am concerned, I just want to vote and get it over and done with. Check your voting status here.