Ren spoke to Chinese media days after President Donald Trump issued orders aimed at thwarting Huawei’s business in the United States, the latest salvo in a campaign to stop the company’s charge to the top of the leaderboard in next-generation 5G technology, saying restrictions will definitely not affect Huawei’s high-end products, particularly in the 5G sector.

“The current practice of US politicians underestimates our strength,” Ren told CCTV.

“Huawei’s 5G will absolutely not be affected. In terms of 5G technologies, others won’t be able to catch up with Huawei in two or three years,” he said.

Last week, Trump declared a “national emergency” empowering him to blacklist companies seen as “an unacceptable risk to the national security of the United States.”

The Bureau of Industry and Security of the US Department of Commerce put Huawei and its affiliates on an “Entity List,” which restricts the sale or transfer of US technologies to the company. As it stands, the ban will have an impact only on Huawei’s low-end products, Ren said.

But the Commerce Department on Monday issued a 90-day reprieve on the ban on technology transfer by allowing temporary licenses. US Internet giant Google, whose Android mobile operating system powers most of the world’s smartphones, said this week it was beginning to cut ties with Huawei in light of the ban.

“The temporary reprieve move had little meaning for the company as we had been making preparations for such a scenario.” Ren said. “Huawei had made preparations for extreme situations even before the Chinese Lunar New Year.”

Huawei is a commercial company, and the use of its products is a choice for consumers and should not be linked to politics, said Ren.

“We cannot be isolated from the world,” he added. “Our work is to benefit the whole of humanity.”

As for Huawei’s access to key components, Ren refused to reject the US supply chain out of hand, citing the company’s announced purchase of 50 million chips from Qualcomm in 2018. Half of chips used in the company’s equipment come from the United States and the other half it makes itself.

“We can make the same chips as the US , but it doesn’t mean we won’t buy theirs,” he added. As long as the US government allowed US companies to export components, Huawei would continue to buy them, he said.

Huawei posted a 39 percent year-on-year revenue growth in the first quarter of the year. The growth has slowed slightly in the second quarter, but the slowing will not hurt the company, Ren said.

Asked how long Huawei may face difficult times, Ren said, “You may need to ask Trump about this question, not me. 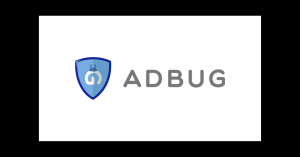