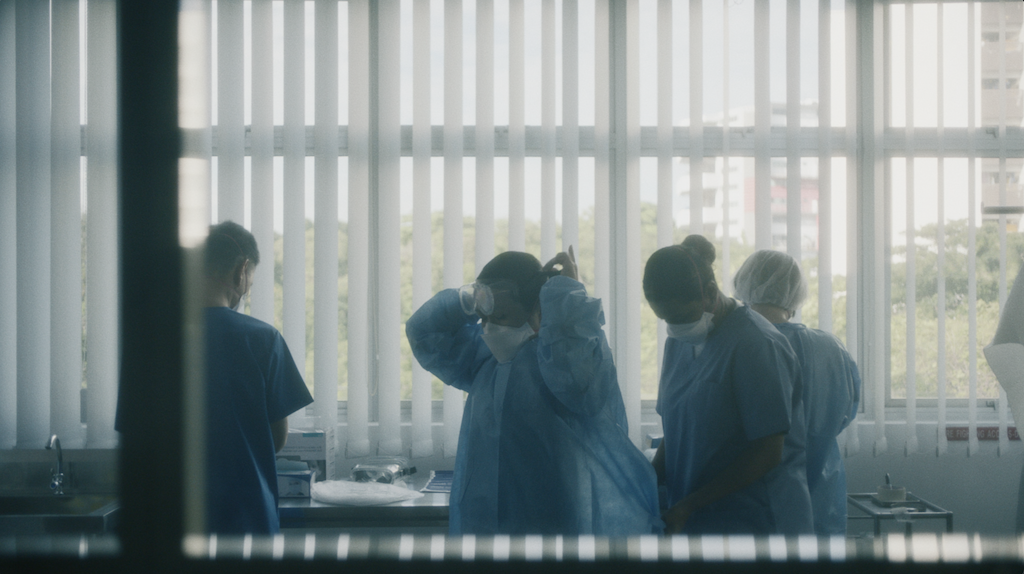 Skincare brand, Olay, announced today the launch of a new appreciation campaign for healthcare workers in Malaysia as they continue in the battle against COVID-19. It launched a new film paying tribute to the fearlessness of those working on the healthcare frontlines amidst the pandemic. The campaign is a gesture of thanks and appreciation from Olay for the hard work and dedication shown by frontline healthcare workers.

The film looks at the ongoing battle healthcare frontliners still face every day and the toll it has taken on them since the start. While the world anticipates reopening and resumption of normal life, healthcare workers are still in the thick of it as subsequent waves of infection continue to hit. The film showcases the perseverance of healthcare workers despite the personal costs with their tireless efforts to care for and help patients recover.

With the use of cinematic and real-life footage, the film depicts healthcare workers in a variety of situations as well as their physical and emotional state of mind such as loneliness, exhaustion, and intense pressure. The film also flags the many fears that they face – from the fear of not having enough beds, to the fear of bringing the virus home to their families.

As the film continues, it highlights the juxtaposition of fatigue and fear with the courage and resilience to continue. The film celebrates how despite facing so many fears daily, healthcare frontline workers remain steadfast. It also underlines how they demonstrate fearless sacrifice and dedication, for the responsibility they feel for society as well as for their families and friends.

“Our frontline healthcare workers have shown us time and again the strength and resilience they have as we face the pandemic. Olay remains committed to our frontline heroes, believing that we should celebrate our brave workers as much now as we did at the start of COVID-19. This film serves as a reminder of their unrelenting efforts to protect society and the integral role they play in our healthcare system.”, said Sahil Sethi, Commercial Leader, Olay Malaysia, Singapore & Vietnam.

The brand will also be asking consumers to nominate healthcare frontliners in their lives, who they believe deserve to be celebrated as well. Through a social media campaign that will take place from mid-December 2021 onwards on Olay’s Facebook and Instagram pages, the brand will verify the nomination and send care packages to selected healthcare workers. Details about the nomination mechanics and the campaign hashtag will be release closer to the date.

Olay worked with GOODSTUPH Thailand on the creation of the film. The production team highlighted that the more time they spent with the frontliners, the more the team realized the true meaning of being fearless.

“Every story about frontliners amidst the covid-19 pandemic carries a lot of weight, importance, and emotions. One moment that really struck me was when I was workshopping one of the scenes and the cast started tearing. She said the scene was too real, and it reminded her of how she misses her family back home.”, added Clare Chong who directed the film.