Under the partnership, Malaysia Airlines will have access to LED and static board brand exposure at the Anfield Stadium, on the Liverpool FC website, publications and Facebook page. MAS will also benefit from co-branding opportunities in merchandising rights and customer engagement via experiential experiences such as pitch-side access, in Liverpool with players and legends.

Players can also be featured as ambassadors and in all related communication materials. There will also be coaching programmes with the Club International Academy, providing exposure to young Malaysian players.

Peter Bellew, CEO of Malaysia Airlines said, ‘We are delighted to welcome Liverpool FC to the Malaysia Airlines family. Both brands have a long and illustrious history with similar cultures rooted around a sense of family. Liverpool FC is one of the most followed clubs in the world, including around 100 million in South East Asia and 40 million in China, key markets. Additionally, the partnership will go a long way in increasing awareness of Malaysia as a tourist destination, to a huge global audience.’

Malaysia Airlines will be offering a special sale to celebrate the partnership announcement. The sale period for Malaysia starts now until 17 October 2016, for travel from 13 October 2016 to 31 March 2017. 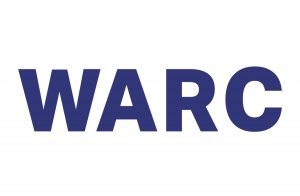