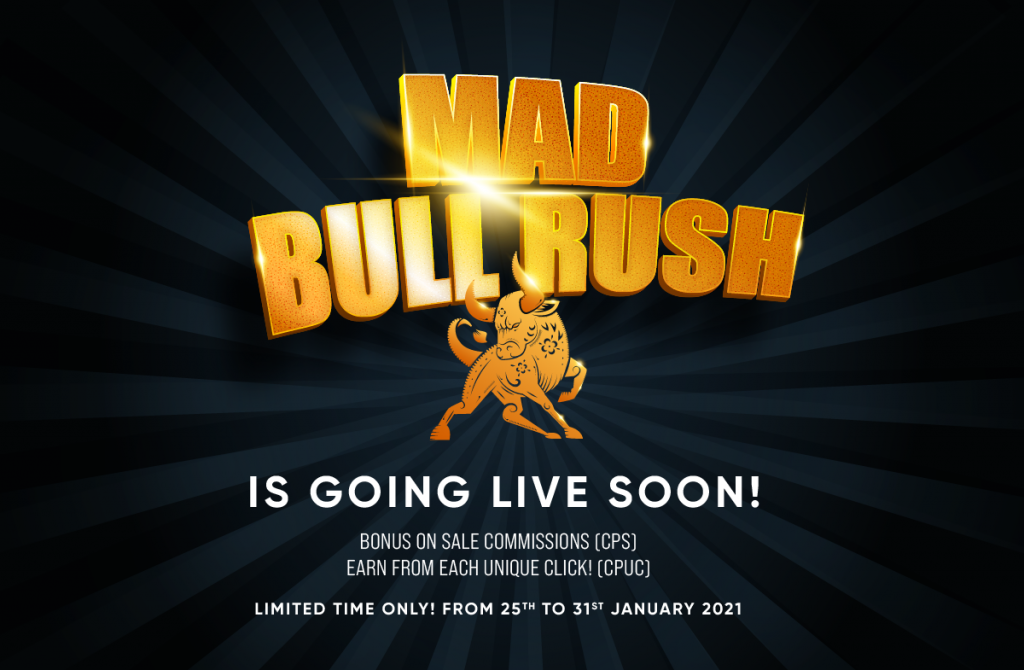 Involve Asia is hosting the MAD Bull Rush from 25 January to 31 January. MAD, which is short for the  Mega Affiliate Days, is a seven day event where participating advertisers get a rush in quality traffic  from potential buyers. In the past, brands like Russell Taylors, Nestle, Trapo and more have found success with MAD.

The way it works is, publishers will create quality content to expose the advertisers’ brand to as wide of a relevant audience as possible. According to Involve Asia, examples of these quality content are:

● Facebook posts that get tonnes of shares and engagements

The MAD event started in September 2020 (MAD 9.9), with only 13 participating advertisers; but the positive results generated by the event got advertisers talking.

Over the next few months, Involve Asia improved its MAD format and started receiving more sign-ups  from new advertisers while existing advertisers increased their MAD marketing budget to scale their  sales success. Involve Asia saw tremendous growth in performance during the MAD held in December (MAD 12.12) compared to when they first started in September (MAD 9.9):

Within three months, MAD received three times more new advertiser sign-ups, three fold increase in average marketing budgets, a 2.7 times growth in sales for advertisers, 30% increase in overall sales by all advertisers and a whopping 40% increase in publisher quality (which means more of the links publishers generated converted into sales).

“Involve Asia has successfully helped us to work with different types of Affiliates easily,” said a representative from Russell Taylors, one of the first advertisers that joined MAD. “Their focus on quality sales and not low-quality traffic has given us a big boost in sales during their MAD periods.”