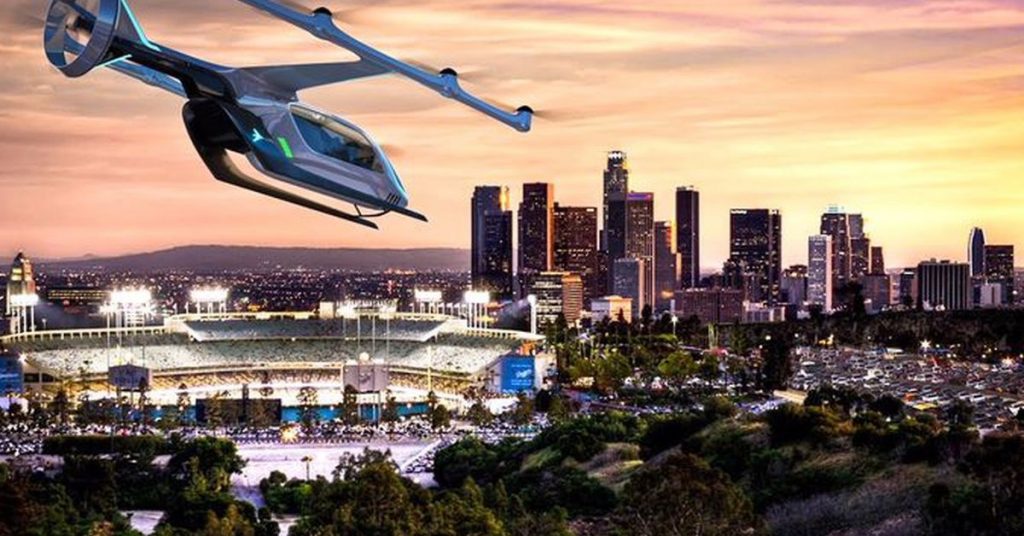 A British company says it’s building the world’s first “vertiport” for electric aircraft in Singapore, an early step towards a global network for flying taxis.

Essex-based Skyports Ltd. plans to show off the vertical take-off and landing station at Marina Bay during the Intelligent Transport Systems World Congress from Oct. 21-25. Germany’s Volocopter GmbH will bring along its electric aircraft for a demonstration flight.

Urban air transport isn’t new, helicopters have been doing it for decades. What’s changing is that better batteries and innovative designs are making it cheaper, cleaner and quieter.

Companies are just trying to demonstrate the technology’s capabilities for now, but a report from Citigroup said sales of air taxis could reach USD$5 billion by the end of the next decade.

“Helicopters have been around a long time but they’re not well used, particularly in cities, because they’re noisy, dangerous and polluting, ” Skyports Managing Director Duncan Walker said by phone. “We’re really trying to make it a form of transportation for anybody, not just the extremely wealthy.”

Citi expects designers to keep tweaking the technology and working with regulators so they can start to offer regular air taxi services from 2025. It could be even sooner, with Uber Technologies Inc. targeting launches in Los Angeles, Dallas and Melbourne as early as 2023.

As many as 20,000 electric passenger aircraft could be sold annually by 2030, Citi said in its report last month.

They’ll start with a range of about 50 miles for journeys of 10-20 minutes-enough to make it worth paying extra to avoid road congestion, according to the investment bank. It puts the likely cost of a ride at about USD$3.75 per mile-cheaper than a limousine but double the cost of ground-based ride-hailing.

First the industry must win over the public and air safety regulators, and that’s what this month’s demonstration is about, Walker said. His company built the Voloport in China then took it apart to be re-assembled in Singapore near the iconic Marina Bay Sands Hotel.

Walker is in talks to establish permanent Voloports around the island. One obvious connection could be to the resort island of Sentosa, just a short hop across the water.

People attending the conference can tour the building and it will open to the public on Oct. 25. But don’t expect a Volocopter ride just yet.

Visitors will get to sit inside the aircraft on the ground and a test pilot will take it up for a solo demo flight, said Volocopter spokeswoman Helena Treeck: “We want to see how the public reacts to it, whether it’s too loud, whether they would feel safe flying in it.”

For Citi analyst Pavan Daswani, the demonstration is important as it shows an infrastructure firm, an aircraft operator and the local government working in concert.

“It’s a Catch-22: regulators and the public will only get more comfortable as more are flying, but you need the regulations in place for more of them to fly, ” he said. “Working together is the only way for it to be adopted early.”