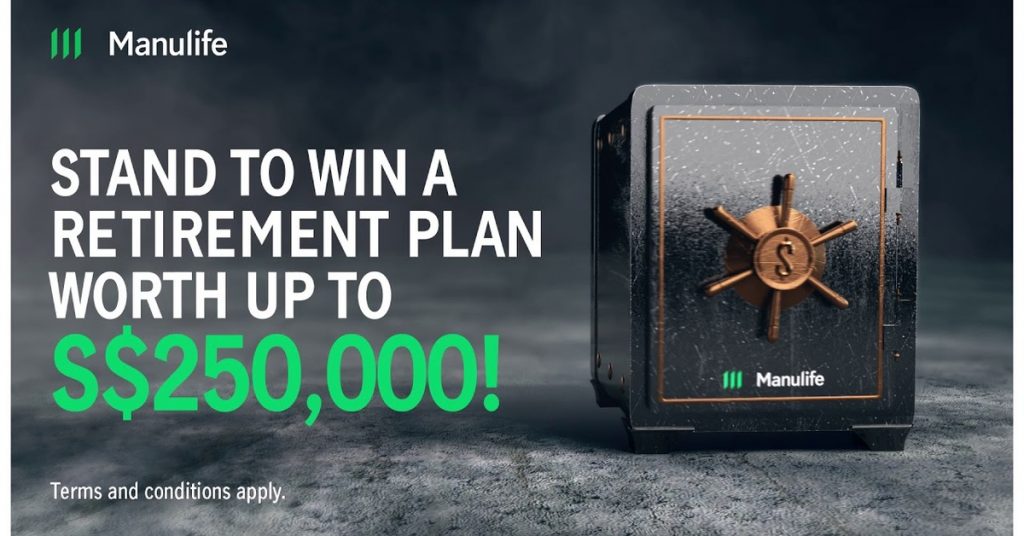 Insurance firm Manulife is offering a free retirement plan worth up to S$250,000 to be won via an online game, accessible on a specially created microsite. The campaign has been created with customer experience specialist agency Union.

The mechanics of the game involve vaults where players are to repeat a sequence of randomly displayed lighted buttons from memory.

They will be rewarded in the virtual currency of Manulife dollars through three levels of increasing difficulty. The campaign will run through October and features weekend challenges with prizes of up to S$1,000 for the taking.

The final round will be held at a live event at Singapore’s Jewel Changi on November 9  where 32 players with the highest scores will square off against each other, with the champion winning a retirement plan worth S$250,000.

According to Manulife, the game is an “intentional step away from the ‘gloom and doom’ approach to insurance”.

Speaking about the promotion, Manulife Singapore chief customer officer Kwek-Perroy Li Choo said: “We know that everyone wants to retire one day, but very few young people have a plan in place. Some think that they still have a long way to go, while others don’t know where and how to start planning.

“But one thing we know is that everyone enjoys playing to win. With the Manulife Vault Game, we hope to trigger the competitive nature of people in Singapore to encourage them to play, plan to accumulate and eventually to win big.

“We want to gain the attention of young consumers and drive home a very important point – that you need a game plan for retirement. The earlier you start, the better the chances of winning.”