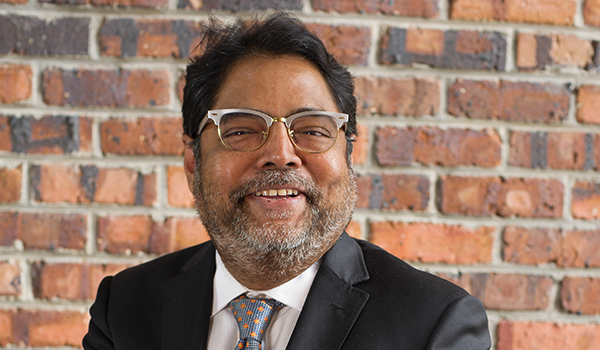 CEO of Dentsu LHS, Tony Savarimuthu, has been awarded the International Advertising Association ‘2017 Inspire Global Champion Award’ at the IAA Global Conference, held in Bucharest, in recognition of his notable contribution and commitment to advancing communications in the global marketing and advertising industry.
Felix Tataru, IAA Global Chairman and World President, said, “The IAA, with its global footprint in over 70 countries, is proud to recognise Tony’s accomplishments, commitment and service”.
“The IAA Inspire Awards was initiated to pay tribute to the spirit of Leadership, Vision, Commitment and Service, in advancing the IAA globally, as well as to make a difference in the worldwide arena of marketing communications. Tony has contributed his professional expertise and inspired the marketing communications community locally, regionally and globally”, Tataru continued.
Speaking at the IAA Regional ExCo Meeting held in Bali, on 7 November 2017, Tataru said that Savarimuthu is the only recipient from this part of the world.
Winners are selected based on various criteria, including career experience, industry contribution, and, involvement in and advancement of the IAA across local and global markets, among other specific category criteria.
John Chacko, President of IAA Malaysia and Vice President (Asia Development) IAA Global, in his introduction, commented, “Tony is a member, advisor and friend of the IAA. The decision to bestow him this award was unanimous. Over the years, Tony has exemplified thought leadership, creative leadership and organisational leadership in the industry. It’s gratifying to have a Malaysian ad luminary recognised at a global level with this award”.
Honorary Life President at Association of Advertising Agents Malaysia (4As), Tan Sri Vincent Lee, remarked on the achievement of Savarimuthu, who is a past President of 4As, “Congratulations to Tony. It’s a well-deserved award and most befitting. The Malaysian advertising industry is proud to have Tony leading us for so many years. He has done us proud, yet again“.
Savarimuthu led award-winning agencies and served in leadership positions at McCann Worldgroup Malaysia and Singapore, Leo Burnett and the Malaysian 4As in a 25-year career span.
He chaired the first Malaysia’s Most Valuable Brands project and introduced many initiatives for the betterment of the Malaysian advertising industry, including The Effies, Graduate Fellowships for industry professionals, Astro- Berlin School of Creative Leadership postgraduate scholarships and the 4As Shine programme which saw over 700 young industry talent pass through a signature career and personal development initiative.
Tony also sits on the Board of My Creative Ventures, the Government’s investment arm to elevate the creative industries.
The IAA, headquartered in New York, was established in 1938 and has a presence in 76 countries.