Malaysia’s new, original series “I, REMEMBER” by tonton and The Ming Thing (TMT) tonton, Malaysia’s pioneer OTT platform has joined forces with Malaysia’s famous YouTuber brother duo, The Ming Thing (TMT), in creating a new original series “I, REMEMBER” premiering exclusively on tonton 20th May 2018.
The new original series ushers in an unflinchingly dark perspective on the nature of human memory and the potential that it has.
The series tells the story of Hafiq (played by Jad Hidhir), a socially awkward young man with an unusually perfect memory and recall. Due to his supernatural ability to remember, he faces each day either with pure excitement or total dread.  However, undisclosed to many, his special gift exposes him to exploitation by those seeking profits and power in life. One day, a sudden turn of event took that power away from him, robbing him of his identity and the trust of those around him.
The audience will follow Hafiq’s journey as he seeks answers to his sudden memory loss and how he copes with an intricate and unpredictable new set of emotions. Find out if Hafiq can survive his emotional, mental and physical ordeal as he races against time searching for remedies and answers for his abrupt memory loss.
Despite being their first series project with tonton, The Ming brothers Ho Ming Han and Ho Ming Yue have lined up a star-studded award-winning cast starring in this exclusive original web series. Award-winning actor Alvin Wong (2012 Golden Awards’ Best Supporting Actor) graces the series alongside popular casts such as Emily Chan, Louisa Chong, and Ho Ming Yue himself. Meanwhile, the series also introduces fresh new faces such as Jad Hidhir and Karan Hundal with a special appearance of award-winning actress, Sharifah Amani (2005 Malaysian Film Festival’s Most Promising Newcomer Award, 2006 Malaysian Film Festival’s Best Actress Award) playing Hafiq’s mother. “We are so thrilled to be able to continue working with YouTubers/Key Opinion Leaders (KOLs) such as The Ming Thing in curating fresh new content that speaks to the youth,” said Airin Zainul, Director of tonton, Licensing and Merchandising Television Network Media Prima Berhad.
“I, REMEMBER is a four episodes series with captivating plots on top of an exciting new augmented reality (AR) to add further engagement and interactivity with our subscribers,” she added.
Additionally, tonton, in collaboration with The Ming Thing (TMT) will be organizing a series of campus tours across Klang Valley, Taylor’s University Lakeside Campus and INTI International University & Colleges on 15th May 2018 and Sunway University on 17th May 2018 to promote “I, REMEMBER” a tonton original series to the youth.
Fans and youth can also expect an intimate and exclusive sharing session on the topic of social media and digital content by the TMT and get an exclusive preview of the series during the tours.

Is the Customer at the heart of your Digital Transformation?
On 19th of July, MARKETING will be organising a conference on Customer-Centric Digital Transformation (#DTCX2018) to help you answer that question. The conference will be driven by Paul Stewart who authored the best-seller ‘Branded Customer Service’ and currently is the Special Advisor, Strategy & Transformation for TMI Malaysia. Drawing from his 25 years of diverse experience as a Chief Economist, CEO and consulting in organisational change, transformation and innovation Paul will be sharing his learnings and current trends in this realm.
He will be joined by key thought leaders in the areas of transformation, data analytics, customer service, branding, marketing, digital, human resources and more! Some of the key names who will be joining us include:
* Imran Kunalan Abdullah, Advisor/Principal Consultant – Digital Talent Development & Leadership and People Analytics
* George Aveling, CEO, TMI Malaysia
* Laurence Smith, Head, Asia Region, SmartUP
* Falko Leonhardt, Principal Consultant Transformation Strategy and Change, TMI
and MORE!
Get ready to be inspired by case studies on transformation, honest conversations on driving change and actionable insights you can take back to implement in your organisation.
Date: 19th July 2018
Time: 8.30 am -6.00 pm
Venue: Sime Darby Convention Center, Bukit Kiara
For more information on DTCX 2018 contact Amira today at amira@adoimagazine.com or Book your spot early to avoid disappointment! 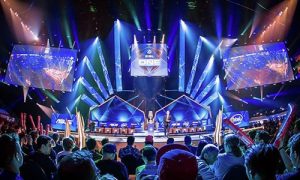