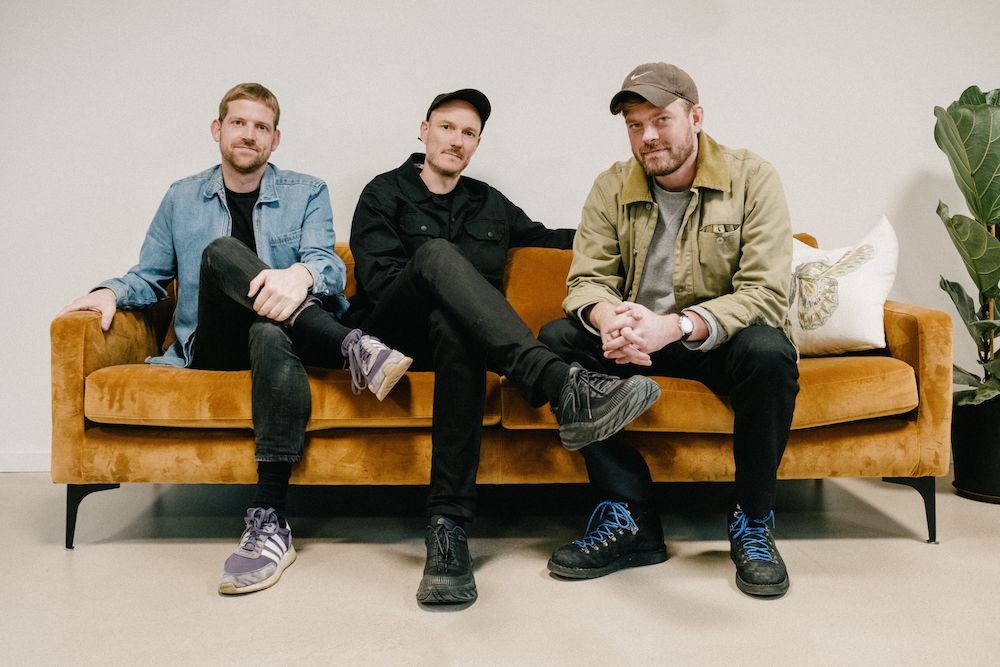 Behind the scenes of an Epica Awards Film Grand Prix winner that also helped &Co become Agency of the Year.

If you want to know why “Helmet Has Always Been A Good Idea” is a great film, consider the horns. Or rather, the lack of them. The film’s protagonists are Vikings, yet not a single one of their helmets has horns. That’s because, in reality, Viking helmets were hornless.

“We did our utmost to ensure that everything in the film was authentic,” says &Co senior creative Ole Hoffman. “We talked to the Danish National Museum, so the clothing the Vikings wear is historically correct. Even the horses’ accessories are correct. When the film was launched on social media, the kind of people who might have trolled us in the comments praised us for making an effort to get it right.”

But this isn’t a big-budget action movie or a lavish Netflix series. It’s an ad for the Danish Road Safety Council, encouraging people to wear helmets. It features a vain Viking who refuses to wear his helmet in case it undermines his image. Fellow senior creative Kristoffer Sørensen adds: “It’s the contrast between the high production values and the excuses that makes the film so funny.”

Founded in 2000, &Co has a history of making films that are both amusing and well-crafted. Back in 2013 the agency won the Film Grand Prix at the Epica Awards for a campaign – for fashion brand Jack & Jones – featuring a sinister tailor played by none other than Christopher Walken. The films looked like they were written by Stephen King and shot by John Carpenter.

Crucial to the agency’s success, says senior copywriter Kristian Eilertsen, is collaboration – with one another, with clients, with production companies – a value enshrined in its name. Since 2014 it has been part of The North Alliance, a group of Nordic agencies that gives &Co, with a staff of 90-plus, access to a wide range of disciplines.

“It means we can cover all levels of strategic transformation,” Kristian explains. “We have agencies that specialise in everything from advertising to data-driven marketing, digital, design and business consulting. We have to work across borders as well as across crafts, but the collaborative spirit that runs through the entire family of agencies makes it happen, which is why we’ve been successful so far.”

The notion of the creative genius toiling alone in an attic isn’t part of the ethos. “Working together to make everyone better is how you make one great campaign after another,” he affirms.

Treating clients as team members also results in great work. The agency begins its presentations with a slide that reads, for example, “The Danish Road Safety Council &Co.” The relationship is open and discursive. Which is how you convince an organisation with a serious mission to go with an ad that’s frankly hilarious. Kristian points out: “We work with a lot of non-profit organisations dealing with serious issues, and what we’ve learned over the years is that you don’t have to shock or scare people into changing their habits.”

Kristoffer recalls the creative process. “When we started brainstorming, we soon began looking back at our history, because our forefathers were famous for their helmets. And we came to the conclusion that, if they hadn’t worn helmets, maybe we wouldn’t be here today! So we thought it would be fun to show a Viking making the same silly excuses for not wearing a helmet that people do today.” Referring to Denmark’s history made the ad culturally relevant. The creative team felt safe playing with a source of national pride, because Danes are open to self-deprecation. “We’re good at laughing at ourselves,” says Kristoffer. As a strategic plus, humour is highly shareable across social media.

Needless to say, they collaborated closely with production company New Land and director Tore Frandsen. Kristoffer says: “We wanted the look and feel of the film to be raw, hard and cold, as if you’re watching a movie or a TV series like Vikings.”

Frandsen shot the film on 16mm, contributing to its old school movie look. Kristoffer adds that the director has a rare combination of skills: “He’s good at genres and technically brilliant. Some directors are technically good, while others can do humour. He has both.”

Ole praises the production company, which had to shoot the film on a single day in January – with only six hours of daylight – in the middle of a pandemic. “I think the result shows the effort and the courage that New Land put into this.”

The second film that helped &Co achieve its Agency of the Year status is “What Is Truly Scandinavian?”, which suggests that many things we think of as Scandinavian, from meatballs to minimalist furniture, were actually borrowed from other cultures. In fact, it’s this openness that makes Scandinavia great.

So is there a “truly Scandinavian” style of advertising? Ole says: “Coming from a small country, whether it’s Denmark, Sweden or Norway, we’ve learned how to make the most of small budgets. That’s creativity – coming up with an idea that will enhance the budget.”

Kristian adds that the self-deprecating humour visible in both the winning films is a Scandinavian trait. This sits quite well with another core value of &Co, which is simply to be nice. As Ole puts it: “We have a really focused ‘no assholes’ attitude. Whether we’re working with external companies or each other, we want everyone to have a good experience. Freelancers will tell you they enjoy working with us because we’re nice people. Generally, we want people to look forward to walking through the door in the morning.”

Proof: although during the pandemic staffers have the option of working from home, many are back in the office. And not only because it’s important for collaboration. “Niceness can be considered a soft value,” says Ole, “but it’s a very important one at &Co.”