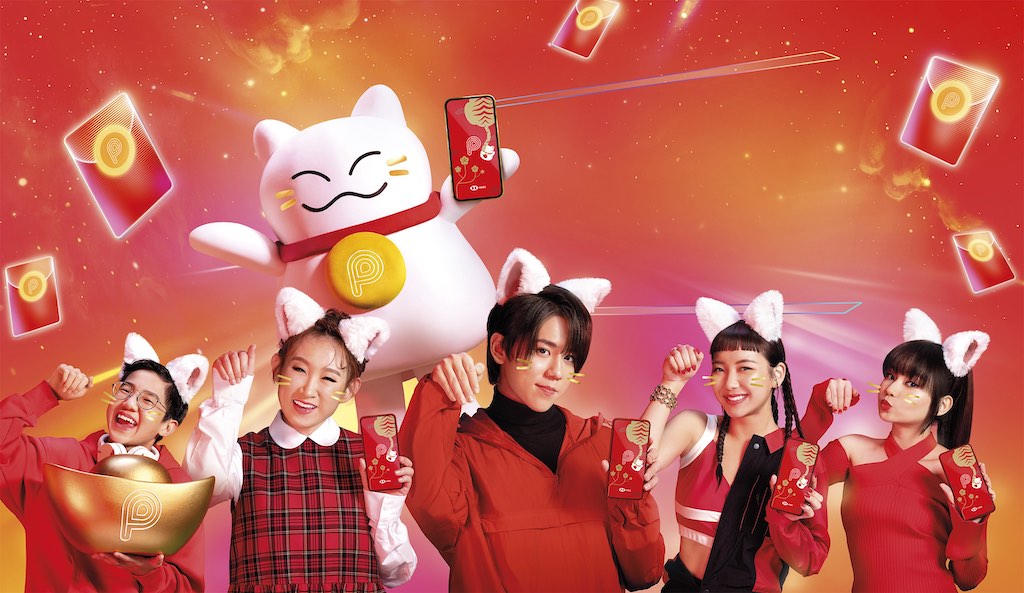 Over the Chinese New Year, HSBC’s PayMe expanded its role as ‘Hong Kong’s Wallet’ to ‘Hong Kong’s Laisee’. To usher in the Year of the Tiger, the e-Wallet launched their new group laisee function in the PayMe app. A new spin on the age-old tradition, the group laisee breaks convention and gamifies the custom by bringing family and friends together in a more fun and inclusive way.

At the close of just 4 weeks, more than 5.3 million laisee were sent, valued at HKD 84 million, probably the highest record for elaisee sent in Hong Kong. HKD 2.8 million of free merchant vouchers were also given to PayMe fans to enjoy spending at over 20,000 merchants Hong Kong wide, including McDonald’s, HKTVMall , Foodpanda, 7-Eleven, Mannings, DON DON DONKI, and many more.

PayMe app download grew +500% over previous campaigns of the similar period and duration, the highest amongst most ewallets (Source: Appannie) over the CNY period.

To bang the gong for this new launch, PayMe partnered with an array of Gen X, Millennial and Gen Z talents. Local idol Keung To, along with multi-talented artist Ivana Wong, newly formed girl group members Marf & Day, and YouTuber Ray were cast to reflect the e-Wallet’s widespread popularity amongst all demographics in Hong Kong –  a feat that has boosted their market share to all peer to peer transactions.

To launch, PayMe released a series of films that make reference to the classic Chinese New Year TV commercial format. Created in partnership with Ogilvy Hong Kong, the films show their star-studded outfit playing the roles of relatives, friends and colleagues and then are transformed into a fun-filled virtual world with gaming-inspired graphics amplifying the message that anyone and everyone in Hong Kong can use, play and have fun with the new group laisee function. The 4-film series is accompanied by a TV commercial, large out of home displays, and social and online components.

This new group laisee function continues the digital laisee trend that has become popular in recent years, but gives it a new twist. As well as one-to-one e-laisee sending, it enables PayMe users to send a group link to up to 100 users at a time. But what makes this function even more unique is the “lucky laisee” in which the amounts in each e-laisee are randomised, adding more fun and surprise to the Lunar New Year tradition.

“We’ve positioned PayMe as ‘Hong Kong’s Wallet’ and won over 2.5M hearts and those hearts are pumping fast for love of PayMe’s new elaisee feature over CNY and we’re super excited to hit a record high of over 5.3 million elaisee sent. Within a short one month period, it went viral very fast and we’ve got over 200+ earned media and social sharing their love of the gamification experience. PayMe elaisee even became a new urban dictionary term in social media” by Jaslin Goh, Head of Marketing, CX and Design.