Where in the world is New Zealand? Sure a couple of things come in mind, Lord of the Rings, kiwis, and their adorable looking, huggable sheep
However, the country seems to be swallowed in world maps. There’s even a forum on Reddit named ‘MapswithoutNZ’ which has a steady 40,000 followers that share their exasperation of the number of world maps which have left New Zealand out!

Tourism New Zealand worked alongside creative agency, Augusto for a new campaign to encourage the addition of New Zealand to all world maps.
Enlisting the support of New Zealand’s Prime Minister Jacinda Ardern and LA-based comedian and Jumanji star Rhys Darby in an extremely comical ad highlighting the hashtag #getNZonthemap.

In the ad, Darby notices the absence of New Zealand in maps throughout the world and attempts to get to the bottom of the mystery. The light-hearted video clocked over 1 million organic views in the first 24 hours and landed in major media outlets all over the world.
Tourism New Zealand Chief Executive Stephen England-Hall stated having the support of the Prime Minister is a huge boost to the campaign work.
“As a world-class destination, it’s unfathomable that New Zealand is left off world maps. New Zealand is bigger than the United Kingdom. We’re over two-thirds the size of Japan and Germany. We have a lake the size of Singapore, a mountain range larger than the European Alps, and more coastline than California,” said Stephen.
“The campaign is a light-hearted way to raise awareness of New Zealand as a destination off the back of international media about the country missing from maps,” added Stephen
The campaign was born after Tourism New Zealand became aware of a growing collection of maps throughout the world that have one obvious omission – New Zealand. From maps in online photo libraries to coffee shops, famous attractions and board games, New Zealand is often nowhere to be seen.
“We knew there was a great story within this odd predicament and working closely with the team at Tourism New Zealand we were able to create a campaign that got everyone talking about the missing nation that resembles a half-eaten lamb chop. We’re thrilled with the result so far, which really highlights the value of good storytelling,” said Matt Sellars, Augusto Creative Director. Is the Customer at the heart of your Digital Transformation?
On 19th of July, MARKETING will be organising a conference on Customer-Centric Digital Transformation (#DTCX2018) to help you answer that question. The conference will be driven by Paul Stewart who authored the best-seller ‘Branded Customer Service’ and currently is the Special Advisor, Strategy & Transformation for TMI Malaysia. Drawing from his 25 years of diverse experience as a Chief Economist, CEO and consulting in organisational change, transformation and innovation Paul will be sharing his learnings and current trends in this realm.
He will be joined by key thought leaders in the areas of transformation, data analytics, customer service, branding, marketing, digital, human resources and more! Some of the key names who will be joining us include:
* Imran Kunalan Abdullah, Advisor/Principal Consultant – Digital Talent Development & Leadership and People Analytics
* George Aveling, CEO, TMI Malaysia
* Laurence Smith, Head, Asia Region, SmartUP
* Falko Leonhardt, Principal Consultant Transformation Strategy and Change, TMI
* Mohd Adam Wee Abdullah, Group CMO & Chief Customer Experience Officer, CIMB Group
and MORE!
Get ready to be inspired by case studies on transformation, honest conversations on driving change and actionable insights you can take back to implement in your organisation.
Date: 19th July 2018
Time: 8.30 am -6.00 pm
Venue: Sime Darby Convention Center, Bukit Kiara
For more information on DTCX 2018 contact Amira today at amira@adoimagazine.com or Book your spot early to avoid disappointment! 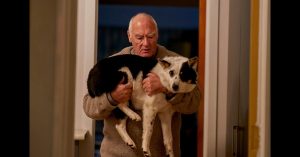 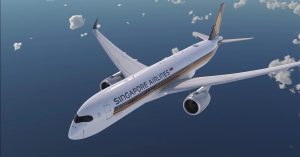