(Marketingmagazine.com.my) – The Malaysian Digital Association (MDA) at its recent annual general meeting, elected industry senior, Serm Teck Choon as president. He will be MDA’s fourth head, since it was formed in December 2009. Serm is Product Head at CtrlShift, a leading digital marketing company in the region.

The new MDA council with Serm at the helm, take office in good times. Ad expenditure on digital formats in Malaysia rose by 25% in 2015, with mobile accounting for almost a quarter of the total, according to new data from WARC’s report of
25 March 2016. Digital adspend is estimated to have reached MYR726m in 2015, placing Internet as the third-largest ad channel in Malaysia.

Established in 2009, MDA is the first in the region to have pushed to standardise and endorse a standard measurement platform and it has selected comScore again as the official Internet audience measurement currency in Malaysia in February 2016. Also, MDA’s famous quarterly held Digital Wednesday events offer a networking opportunity for digital publishers, creative and media agencies, and advertisers, with relevant speakers brought insight, knowledge and information to the industry. Another commendable MDA initiative was the collaboration with the Interactive Advertising Bureau (IAB) of Singapore in programmatic training session, which was held in October 2015.

“While digital has become one of the key components in businesses, MDA plays a vital role in pushing the industry for betterment. Having the root in digital media and advertising, MDA will continually drive the core initiatives and may also look beyond as digital has touched everyone’s lives from various perspectives. We founded MDA to serve the industry 8 years ago and it has become a role model in the region as our peers in other ASEAN countries wanted to do the same. With that, MDA hopes to work with our peers in the region and form a strong alliance, which may potentially open up opportunities for our members.” says Serm in his maiden statement as President of MDA. –

New CEO, CFO and Country Head for Malaysia at CtrlShift 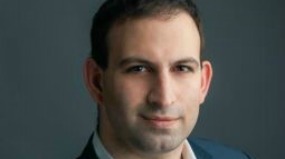