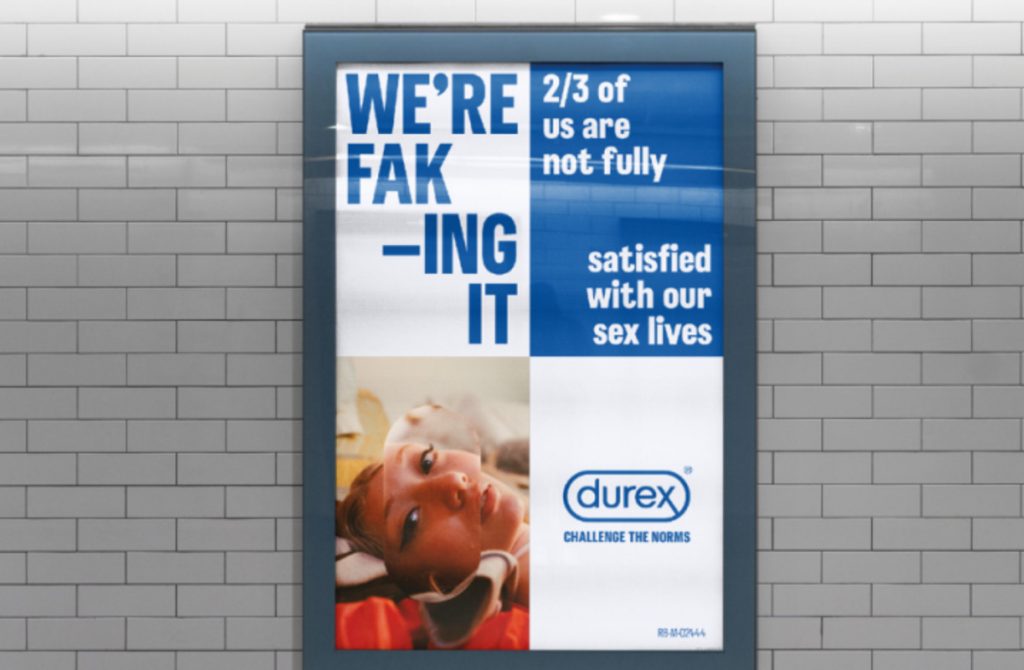 At 91-years-old Durex is overhauling its brand, coming out as an “activist” against sexual stigmas, taboos and non-inclusive attitudes with the aim of showcasing the “positive reality” of modern-day sex.

Coinciding with Valentine’s Day, a global campaign from Havas London, with media run by Zenith, will launch across online OOH and TV to push the condom maker’s renewed stance.

A fresh visual identity will also reflect the positioning.

In practical terms, all marketing activity will now be conducted through a prism of “positive reality”, pushing society with thought-provoking messages and imagery designed to spark conversations around sex.

The initiative builds on the success of recent campaigns such as ‘Unforgettable Nights’, a move to debunk myths surrounding sexually transmitted infections, which contributed to better than expected sales.

The new approach also follows on from the findings of Durex’s own 2017 Global Sex Survey, which explored attitudes towards intercourse. The main takeaway was that while the exponential growth of the internet has brought positives (including openness, discussion, exploration and access), its consequences (such as misconnection, myths, lack of education and confusion) have been substantial.

Ultimately, the research pointed to an underlying sexual anxiousness, driven primarily by unrealistic representations of sex throughout culture.

It is those unrealistic representations, as well as the stigma and taboos they exacerbate, that Durex is rallying against. The campaign’s launch date – an occasion on which these conventions are felt most strongly – was chosen specifically, and one of the myths Durex aims to bust is that good sex can only happen on special occasions.

To launch its new mission, the brand has published an open letter explaining its stance.

Elliot Harris, RB global executive creative director at Havas, said: “This might be the most important piece of work we ever do. Durex is a huge brand with a unique and vital role in culture. It has genuine influence, and the capability to enact real change.

“And make no mistake, this is a proper commitment. This new brand purpose will lead to healthier conversations around, and attitudes towards, sex, but also greater inclusion and acceptance for those who might not always experience it. To have a brand like Durex publicly and proudly on your side makes a difference.”