Entering the new company as their Chief Creative Officer CK is tasked to drive the creative arm of the agency. It was also reported that CK’s entrant into the company is a testament to the agency’s strategy of expanding internationally and in the APAC region.

Founded 10 years ago by Amber Liu, Amber China has produced worked for international clients including Coca-Cola, Dell, Dulux and more. In 2014 the agency was acquired by LEO Group, China’s first digital marketing A-share Listed in the stock market.

He was recently ranked No.7 in the recently released Campaign Brief Asia’s 2016 “The Most Awarded Creative Directors In Asia” creative ranking. Prior to Ogilvy he has held leadership positions in BBDO Malaysia, Leo Burnett Malaysia and Ogilvy & Mather Hong Kong. 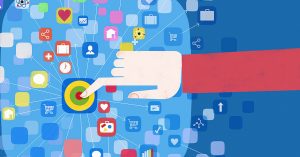 Driving into a new media space