According to the Wall Street Journal Group M under advertising giant WPP has decided to consolidate two of its agencies MEC and Maxus, citing cost-cutting measures.

While there was no announcement of job cuts, the company clarified that the merger would result in cost savings that will likely come from cutting back on real estate, IT systems, back-office services and employees.

With this GroupM will be left with Mindshare, Mediacom and the newly combined agency

GroupM will be left with three global ad-buying firms Mindshare, Mediacom and the newly combined entity. According to the report the new agency, which is yet to be named, will be led by Tim Castree, who is currently CEO of MEC.

The group is also making waves by making a strategic investment into Asian content platform 88Rising.

With audiences in the 16-34-year-old age group, 88Rising has produced over 500 hours of original content that has generated over 80 million total video views on Facebook and YouTube.

The media company has run branded and sponsored content deals with Adidas, Maybelline and Revolve, an online fashion and cosmetics retailer. 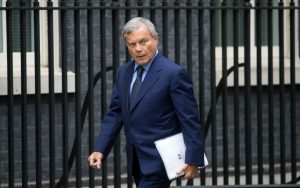 WPP in a slump, lowest outlook in 20 years