GfK’s Radio Audience Measurement has shown that radio is continuing to be one of the dominant engagement media among Malaysians; reaching over 20.2 million or 97% of the population in Peninsular Malaysia.

The latest survey which was conducted over six weeks from March 25 – May 5 polled 6,000 unique individuals aged 10 years and above.

GfK utilised 4,500 paper diaries and 1,500 e-diaries to collect valuable insights on the strength and scope of radio listening across the country.

Drive time shows are most popular with the 20-29 age group with 3.1 million listeners from the segment tuning in during this time slot; followed by 10-19 year old listeners, who account for 2.9 million listeners.

The breakfast shows on the other hand attract the most audience from the 20-29 and 30-39 years age groups and they make up 2.9 million listeners respectively.

Younger listeners from the age groups of 10-19 and 20-29 make up a large proportion of weekday night show audience. Together, these two segments account for 46% of the total 8.7 million who tune in to weekday night shows (Monday to Friday, 8:00PM – 12:00 midnight).

“Radio remains a strong medium for storytelling despite the changing media landscape in the midst of digital revolution.

“This is never going to change. The way radio delivers impactful advertising and the ability to engage with consumers is through great content that tells great stories”, said Erin Hwang Bin Bin, the President of Commercial Radio Malaysia & General Manager of Star Media Radio Group.

Radio is also reaching more listeners by race, as reflected in the latest GfK study.

Compared to the previous survey conducted in the second half of 2017, the overall weekly reach increased across all races, especially among Chinese listeners which reported highest listenership growth from 4.8 million to 5 million listeners— a 3.4% increment.

Around 2.8% more listeners in the Indian/Others segment has also been registered, along with 2.3% rise seen in the Malay segment of listeners. Total radio audience from Indian/Others and Malays reached 1.8 million and 13.5 million respectively in the latest survey.

According to Radio Audience Measurement Wave 1 results for 2018, radio reaches 14.7 million of its listeners at home, accounting for 70% of the population in Peninsular Malaysia.

Findings also reveal that 2.7% more listeners are tuning in from their car compared to the previous wave of the survey.

“In spite of the fact that consumers these days are availed a wide range of media options on different digital platforms, it is evident from the study that Malaysian radio continues to be an important media that receives the unwavering support of its listeners,” highlighted Lee Risk, APAC Commercial Director for Media at GfK.

”Radio has a significant role in the daily lives of its listeners, and will continue to be a popular channel that is able to connect with and reach a large portion of the Malaysian consumers,” he concluded. 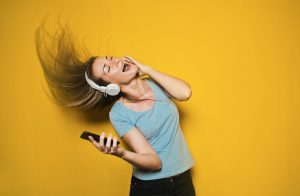