Viu, the leading regional OTT video service and Media Prima Television Networks have announced a partnership whereby, Media Prima will broadcast as a first run, three Viu Originals ‘Salon’, ’Jibril’ and ‘The Bridge’ for the Malaysian market in 2018.

This is the first time a regional OTT brand has partnered with Malaysia’s largest TV broadcaster on content for same day airing. The three shows are slated to be released from September 2018 onwards on Media Prima’s NTV7 and on Viu. “This is a completely different take within the entertainment industry where there is a common misconception that OTTs are here to challenge the TV industry. To the contrary, we see real synergies between linear TV and digital audiences in Malaysia. This is possible today with an extremely digitally connected population that also includes heavy consumers of free-to-air TV. We truly appreciate the collaboration with Media Prima, Malaysia’s leading broadcaster, who will benefit from Viu bringing international formats and premium Malay dramas to their audiences this year.” said Kingsley Warner, GM for Malaysia, Vuclip. 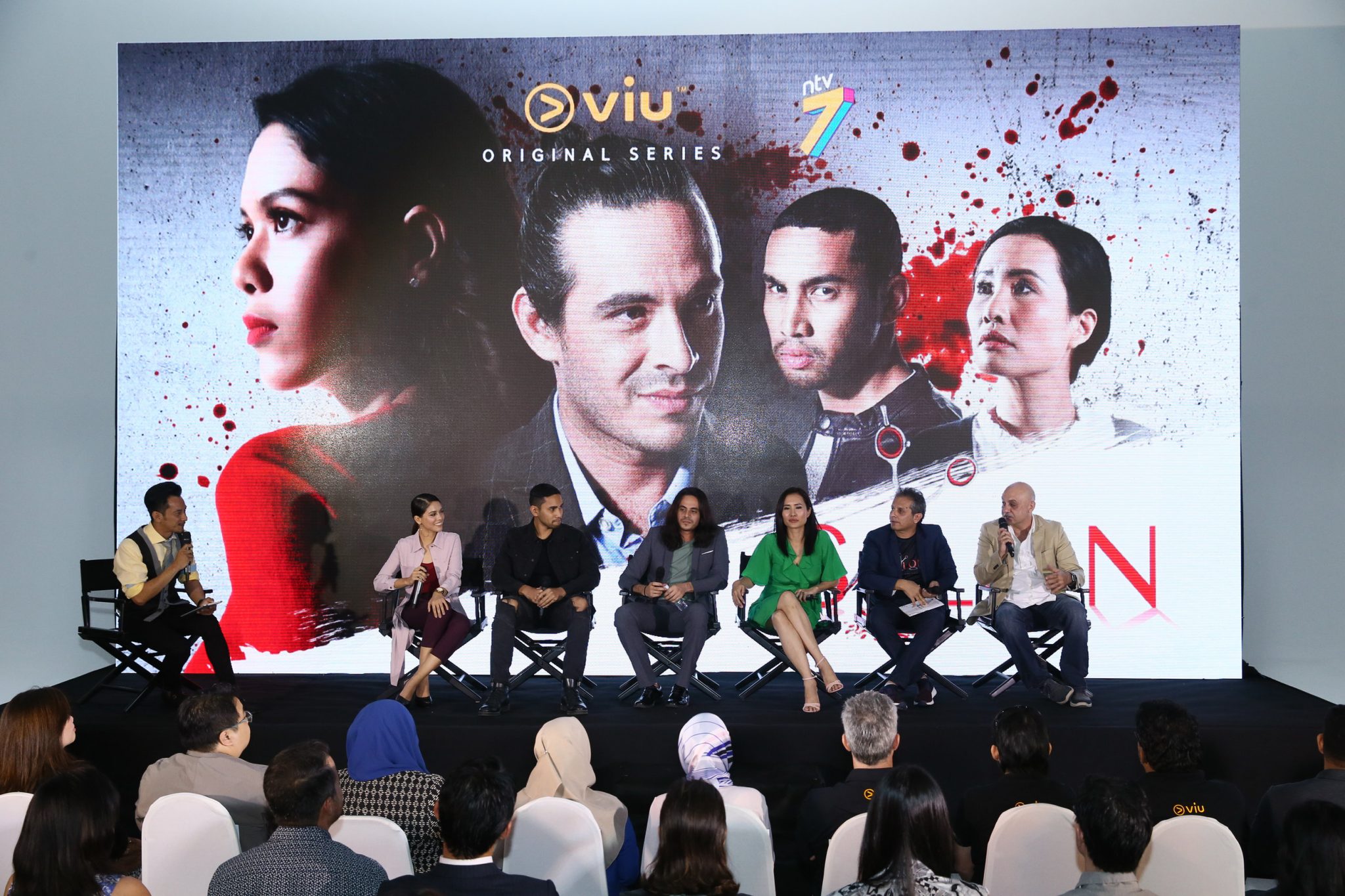 Lead Cast of Viu Original Show, Salon along with the director and producer during the dialogue session

“The concept of partnering with Viu surfaced when we saw our viewers demanding authentic, specific-to-Malaysia content, while maintaining topnotch quality. We believe this partnership could develop more notable dramas similar to TV3’s Nur. Apart from that, we envision having highly targeted digital reach through Viu’s platform and providing a large population of Malaysians great quality content through this partnership,” said Johan Ishak, Chief Executive Officer, Television Networks, Media Prima Berhad. “Apart from attracting new audiences, this is a great step in rewarding our loyal audiences who have always been with us all this while”, he added.

Synopsis of the New Series

Premiering November 2018
Viu is working with longtime partner, Double Vision, to produce a localised, ten-episode adaptation of global phenomenon, The Bridge, starring Bront Palarae, Rebecca Lim, Cheryl Samad and Tony Eusoff. The Bridge will be directed by TJ Lee. A body is found on the border of two countries, Malaysia and Singapore, forcing an investigator from each country to work together to solve the case. This is a licensed format from international distribution house, Endemol Shine Group. The Bridge (Bron/Broen) was originally created and written by Hans Rosenfeldt as a joint production of Sweden’s Filmlance International, part of Endemol Shine Group and Denmark’s Nimbus Film.

Premiering September 2018
Salon will be produced by Monsoon Pictures, directed by Kabir Bhatia and will star Julia Farhana, Idris Khan and Iman Corinne. The story is that Anna opens a new Salon that quickly becomes the talk of KL-town. Anna has a dark past and a mission to find the killer responsible for murdering her family many years ago and feels compelled to serve with her own brand of justice racking up a body count along the way.

Premiering October 2018
Jibril is produced by Konda Kondi Studios starring Aeril Zafrel, Lisa Surihani, Tony Eusoff and Sangeeta Krishnasamy, and will be directed by Megat Sharizal. This is the story of a lawyer who possesses exceptional intelligence, striking good-looks and an uncanny power of deduction. A sequence of events leads to several murders and assassinations. Jibril is called upon to defend one of suspects and thus begins the revelations of a secret terror organization and the search for its elusive leader.

The Bridge will be produced in Bahasa Malaysia, English and Mandarin, while Salon and Jibril will be in Bahasa Malaysia. All shows feature some of the best Malaysian talents and will air first on NTV7 and then on Viu immediately after. It has always been Viu’s aim to support rising local talents by providing them a platform that optimizes their creativity.

This is the first time Viu Malaysia is producing its own originals and these three series will also be made available in all Viu territories globally. Viu has also produced over 900 episodes of original content in other regions including Kenapa Harus Bule and Sunshine from Indonesia, and It Happened in Hong Kong, Love, Lust and Confusion and Kaushiki from India. tonton made accessible at no cost to Malaysians