(Marketingmagazine.com.my) – Tremor Video, a software provider for video ad effectiveness, has strengthened its presence in the Asian region by setting up an office in Malaysia.

The move is a follow-up from its expansion into the Asia-Pacific region last year with the acquisition of Australian-based TVN and recent expansion into New Zealand.

Making its presence felt, Tremor Video recently held its launch party at a local comedy club, Crackhouse Comedy which was attended by industry heavyweights including Prashant Kumar and Zuraida Mohamad of Entropia.

The party was hosted by Kevin Smyth, Tremor Video’s Programmatic Sales Director and the latest addition to the Tremor Video family, Amira Sa’abana who is spearheading its Malaysian operations and takes on the role of Demand Director. Amira’s key function is to foster the adoption of Tremor Video’s platforms.

A digital native, Amira was recently attached to Astro where she launched the digital monetization initiatives for Astro Awani and built a team to support the growing need of digital sales for the newsroom. She was also responsible for developing a real-time marketing strategy to increase brand awareness during the channel’s breaking news periods.

“I’m excited to join Tremor Video at such an exciting time in the video industry. Malaysian buyers and sellers are requiring more programmatic solutions for their businesses.There’s so much confusion in the market, and I look forward to helping them fit the pieces together to move into the future of advertising and monetization.” Amira shared.

Malaysian’s cross-platform video consumption was highlighted in a recent Vuclip report which found that OTT video was the preferred source of content because of the TV-like, high-quality viewing environment, which was also preferred by many brands.

The report also predicted that as 3G and 4G cellular services become more prevalent, the average user’s smartphone data was expected to grow from 1.2GB in 2015 to approximately 9GB by 2021, largely driven by the consumption of mobile video.

Tremor Video provides software for video advertising effectiveness. Its platform enables buyers and sellers to perform seamless transactions in a premium video marketplace by offering control and transparency to clients. 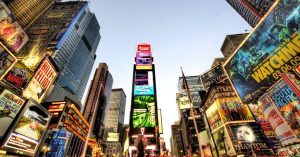 The future of video is here.