The move to allow publishers to be compensated for the use of their news content by tech giants is gaining momentum at a time when ad revenue is hammered down by the Covid-19 outbreak.

Industry leaders, on the whole, think that the time is ripe for local publishers to be awarded a fair share of the ad revenue generated by the global tech players like Google and Facebook.

They are calling for the implementation of a mandatory code of conduct in the country to compel the tech companies to pay media companies for lifting their news content.

At the same time, they are urging the tech companies to act responsibly to filter out the rampancy of fake news on their platforms.

GroupM Malaysia CEO Chanchal Chakrabarty said that Google and Facebook should pay the publishers for the news content used on their platforms.

“This will help Google and Facebook by improving viewability standards and help combat the constant fake news syndrome rife on their platforms, ” he said.

Media tycoon Rupert Murdoch, he said, was the first to ask Facebook to pay for the company’s news content.

It was also fair for the publishers to get paid as Facebook users were getting access to certain articles despite not being their subscribers, Chanchal noted.

GroupM is the world’s largest advertising media company by billings. Headquartered in New York City, the company has over 32,000 employees and 400 offices in more than100 countries.

The debate, he said, would be about ad revenue sharing rather than just paying for content.

This is because media companies have invested in research and resources to develop quality content while the tech giants, who are primarily aggregators, re-publishers and carriers, are taking the lion’s share of the ad revenue, he said.

Facebook’s first quarter of 2020 revenue stood at US$17.7bil, of which US$17.4bil was derived from digital advertising.

Google’s total advertising revenues rose to US$33.76bil during the quarter, from US$30.59bil the prior year.

The Association of Accredited Advertising Agents Malaysia (4As) president Andrew Lee, who is also the group managing director of Havas Malaysia, said it is time for Google and Facebook to pay the content-creators with a fair share of the ad revenue generated.

“When one uses content created by someone, one must pay for the usage rights and there’s no two ways about it.

“The content creators who painstakingly do research, analysis, ideating, writing, photographing and filming to create interesting contents must be compensated.

“Not only do the tech companies need to compensate the content-creators but all the rest who use the content on their platform must pay too, ” he stressed.

“Does it then not follow that these tech giants should either pay the news content publisher or share their advertising revenue, for the use of this IP?” he asked.

By taking up the majority of advertising revenue across all platforms, he said Google and Facebook are also jeopardising the precarious sustainability of the news reporting ecosystem.

Malaysian media organisations are not mincing their words and have reached out to the Malaysia Competition Commission (MyCC) to compel Google and Facebook to pay for their news content.

A letter was recently sent by the Malaysian Newspaper Publishers Association (MNPA) to MyCC pertaining to the issue.

MNPA chairman Mustapha Kamil Mohd Janor was reported as saying that the association was only asking for a fair share of the advertising revenue that the tech giants had generated using content from media organisations in the country.

Expressing his personal views rather than that of the association, Malaysian Advertisers Association (MAA) vice-president Claudian Navin Stanislaus said he was all for content creators to be remunerated by tech giants for news content usage but also to prevent fake news being wrongly credited to credible publishers.

“The question, however, will be to what extent and how it would be done. Certainly, if it’s being shared by them directly then there should be some remuneration for the credibility of the content that they’re ‘using’, but what if the content is shared by a third party?

“This would be beyond their control, as the news could be shared from the publishers own posts on the tech giants’ platforms, with some minor alterations, ” he added.

To ensure the long-term economic sustainability and media independence, Spencer Lee the CEO of BIGLIFE Sdn Bhd, which is the operator of AIRASIA BIG loyalty programme, said tech companies should find ways to work with credible and authorised news publishers to distribute accurate and quality content to the users of its platforms.

He added that tech companies have the responsibility to stop the spread of false news and misinformation on their platform.

False news and misinformation do not just harm society but also have a negative impact on the tech companies as a trusted platform, he said.

Media Specialists Association (MSA) president, who is also Dentsu Aegis Network Malaysia head of media brands Yap Chee Weng said: “MSA has always believed that we need to keep the sustainability of the Malaysian journalism so that the local media can continue to produce quality and credible news content.”

He said he has written to the MNPA chairman recently supporting the move by Australia to adopt a mandatory code requiring tech giants to share advertising revenue with local publishers.

He viewed this as a landmark development for media companies and governments globally and has expressed MSA’s support for MNPA if required for this exercise.

Yap urged MNPA to leverage this development to engage in discussions with MyCC if a similar approach was applicable to help improve the sustainability of the local media landscape.

Chanchal said a mandatory code should be implemented to force tech companies to compensate for the reuse of news content. The code would also allow content providers a fair slice of the digital ad revenue dominated by Facebook and Google.

Recall that Bloomberg recently reported that the Australian government, in the world’s first mandatory code of conduct, would force Google and Facebook to pay media companies in the country for publishing their news.

The Australian Competition and Consumer Commission would be drafting a mandatory code for consultation and implementation in July.

The new code would also grant the commission stronger enforcement powers, including the possibility to impose penalties and sanctions for non-compliance.

Ireland is the latest country to call on Google and Facebook to pay newspapers for content and was considering following Australia’s plan to require platforms to share advertising revenue with the local media.

“Mandatory code could be the only route if tech giants, including Facebook, do not at least replicate their business model prevalent in the United States.

“In Australia, the competition commission is already tasked with developing a mandated code of conduct that covers payment for content/revenue sharing, transparency of ranking algorithms, access to user data, presentation of news content and penalties and sanctions for non-compliance.

The recent closure of Blu Inc and The Edge’s Financial Daily are clear examples that this is a critical step needed, along with digital transformation of the print industry, Chanchal noted

Given that there are now examples of other countries such as Australia and France, MyCC he said, could use its code of conduct templates to customise for Malaysia rather than re-inventing the wheel. 42% of shoppers will buy most (or all) of their holiday gifts on Amazon, survey finds Influencer marketing agencies prepare for the end of Instagram likes 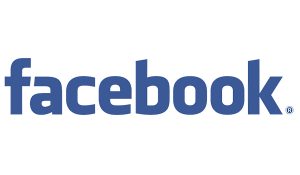