While emotions are still high over the Auntie Anne’s hot dog debacle, another brand has come under the line of fire from local Islamic religious departments.

The burger joint popular for their bite-sized pork burgers is recently being investigated over their Merdeka day promotional burger ‘P.Ramly’.

Speaking to The Malay Mail Online on the issue JAIS communications officer Nurhamizah Othman shared, “The premise owner was found guilty of violating Section 4(1) of the Act because they offered to supply food that can mislead, create misrepresentation or falsely give the impression that the food was halal or can be consumed by a Muslim,”

In response to the news that broke two days ago, Ninja Joe released the following statement on Facebook clarifying their use of the P.Ramly name.

Noticing that people were still unhappy with the name the next day the brand released a statement on Facebook informing the public that they had removed posters of the burger from their outlets and have ceased the use of the P. Ramly name.

Ninja Joe’s proprietor Kelvin Tan today clarified once again to the news portal that the P.Ramly burger, launched on Hari Merdeka, was named after the popular local burger Ramly.

“(It) has been in Malaysia for a very long time; it’s iconic. It’s a homage to them,” Kelvin told the portal. He once again clarified that they would be taking action to change the name of the P.Ramly burger. 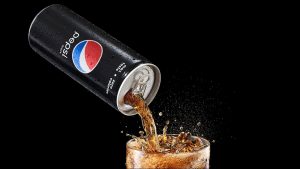 Take a sip of the future with Pepsi Black Quiet Hour for Autistic Children at Toys R Us