A surprising announcement from Telekom Malaysia (TM) unifi confirms it no longer sponsors the Malaysia Football League (MFL). The unexpected move, taking place on the late evening of March 17 2019, comes from MFL as it is the one initiating the break.

This is all due to the high-speed broadband incumbent not being able to deliver on their end of the bargain; the point of contention here is how TM unifi has not been able to hit its RM60 million annual sponsorship.

“We have always been good partners. We wanted to give them time to settle their own issues. However, all our attempts to meet TM for a discussion failed. We can’t wait any longer because we have a responsibility to run the M-League. Honestly I am disappointed with TM. [Of course, personally,] I didn’t expect TM to do this to Malaysian football,” are some of Tunku Ismail’s words.

According to the New Straits Times, the arrangement would see TM unifi being the title sponsor for two leagues. Both year-long title-runs, the Malaysia Cup and Super League, should be riding on the back of the telco for eight years.

MFL, in seeing how TM unifi is not being responsive or responsible on its part, has called off the partnership. 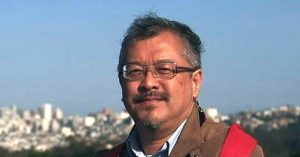