(marketingmagazine.com) – Lazada, the e-commerce company, has teamed up with Leo Burnett Malaysia on a brand and awareness campaign for South East Asia.

Andrew Gnananantham, Chief Marketing Officer of Lazada Malaysia said, “e-commerce in South East Asia, is not just a story of convenience, it’s about access. It’s about enabling people to better the lives of themselves and their families. As a sponsor of this initiative, it was a pleasure to partner with Leo Burnett and Think Tank, who worked tirelessly to capture that story in a way that was emotive, relevant and ultimately meaningful, to the millions who are now embracing Lazada.”

“This year, we really wanted to touch our consumers by unearthing the emotions associated with giving and receiving a gift. We’re off to a good start with the two spots, which were produced regionally and are being aired in six of Lazada’s key markets” added William Gaultier, Senior Vice President of Brand, Social, and Communications of Lazada Group.

The campaign consists of two inspiring spots created by Leo Burnett titled, “Blast Off” and “Dancer”. Based on their brand promise of Joy in Every Parcel, the story focuses on the feelings that come with every parcel received and opened.

Explaining the inspiration behind the idea, Andrew Low, Executive Creative Director of Leo Burnett Malaysia said “We wanted something that went beyond just the obvious convenience of e-commerce transactions, transcending the functional to deliver a transactional value of emotions between Lazada and consumer. Through the brand work, we wanted to explore the underlying theme of believing in what we dream of.”

Both films, directed by Rajay Singh from Think Tank, are pushed across Malaysia, Indonesia, Thailand, Vietnam, Philippines and Singapore. Meet the new business winners in 2018 so far! 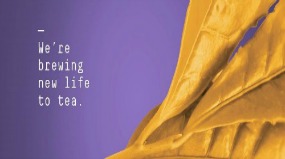