A long, long time ago, in a galaxy far, far away, there was industry strife with civil war. Factions vie for the precious and rare resources that are Trophies and Business. Alliances rise and fall and rise again as warriors use the force of creativity in a battle for supremacy.

Sometimes, it’s important to get sucked into a sucker punch reality just to stay sane in an industry like advertising. And it’s one of those seasons in the neverending battle that has created a disturbance in the force.

Of course, I’m talking about what everyone’s been talking about – the recent Kancil incident that happened in the Malaysia region of the Outer Rim system.

A lot has been said. Some things have been done. But let’s talk about something else, the use of the force (of creativity, but henceforth in this article for the sake of brevity and role-play shall be just referred to as ‘the force’).

1. The Force Combined
The force gives us power. It’s an energy field created by all living things. It surrounds us, and penetrates us. It binds the galaxy together. Now this new and wonderful ways thing is highly subjective. Here’s my two cents on what I feel is a masterful display of the force, via the reclusive Skywalker-like Jedi Master Mun.

It’s no secret that George took inspiration from lots of sources. Combining them into the wonderful space opera that we know and love.

Let’s celebrate remixes and our inspirations. Let’s innovate and create something that’s totally new. Let’s be intimate rather than imitate. (ok the last sentence was totally necessary, because rhythm and alliteration)

For a more in-depth explanation, please go to http://everythingisaremix.info/watch-the-series/ totally stole that Star Wars remix thing from them.

2. The Force is every where. Not just in Kickstarter, Behance and award archives.

There was a joke I overheard once. OK. It wasn’t a joke, it was taken rather seriously.

‘Just go to Kickstarter and look at some projects, put a logo and make a case film out of it!’

But seriously. Guilty. Been called out before. Ironically by certain parties embroiled in the Kancil incursion. But I digress. Where were we. Ah yes.

We have all taken inspiration from somewhere within the industry. It is our duty to continuously study techniques, tear apart strat and recreate the creative process of a certain campaign to learn and apply what we can. We too have had our share of ideas that look close to home.

There is nothing wrong with it. There is everything wrong in denying it. We should just say ‘yes, we were inspired by this.’ Or better yet, credit the original inspiration, if it’s close enough. Or even betterer yet, commission the artist and work with him to create something.

What if you stole from outside your industry? What would you bring to the table? How would you turn it into something beautiful?

This Johnny Walker spec film from Dorian and Daniel (that’s an awesome agency name by the way so why don’t you guys just get on with it), is a wonderful example of stealing from the force around you – everyday people and their stories.

You can’t create social currency, if you can’t be part of the society that you serve. Just gonna totally have a fan boy moment, and namedrop Rosie Arnold articulates way better.

3. The Force is nothing without allies

Sure you’re awesome at the force. You can write the best onion-jedi script in the world. You have an eye for photography. Maybe design. But you can’t be everything.

That’s why Jedis have rebels. That’s why Siths and Knights of Rens have stormtroopers. (Just make sure you don’t have a teammate like Phasma. Look badass. But let the whole team down by deactivating the force field. She’s the real traitor.)

They can come in the form of a business director, an art director or a tech/data brainiac. That taxi driver who dropped you off at work. And let’s not forget the film crews, events guys, media planners, the tea lady, who all work tirelessly in their own little way, often without credit or applause bring an idea up on stage.

It’s especially important now that the battle for the attention of audiences takes place on so many platforms. Digital space dogfights. Ground-to-ground activation assaults. Planet-destroying film pieces. Hey I’m really having fun with these metaphors here.

The rebels walks away with a small but significant victory.
The empire, still defiant and undefeated.
The rest of the Galaxy, really don’t care about advertising because there’s Game of Thrones SE06, Netflix, and a thing called life going on.
Will you be the one to bring balance to the force?
Meanwhile, I think I’ll hang around Dagobah for a bit. 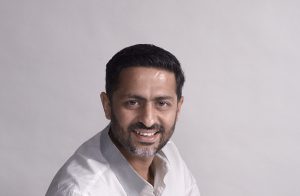 Prashant goes from utopia to Entropia!