(Marketingmagazine.com.my) – Varun Channa, Managing Director Mindshare Malaysia has announced restructure in the management of the agency.

Cindy Chia, who has been with the agency since 1999 has been promoted to the newly created role of General Manager, with her new responsibilities encompassing talent and office management, in addition to her existing client leadership role.

In 2010, Chia was named Media Planner of the Year for South East Asia at the prestigious Campaign Asia Agency of the Year awards.

Commenting on Chia’s contribution to Mindshare over the years, Channa said: “Cindy’s is a classic case of nurturing internal talent. She joined the agency in 1999 as a Planner and steadily rose through the ranks over the next 9 years to the position of Director. She has led some of our biggest, most prestigious global blue-chip accounts and has consistently delivered cut-through communications solutions for these clients. Now she moves into a new phase of her career, where she is taking on other responsibilities related to office management and talent growth.”

Responding to her promotion, Ms. Chia said: “I’m truly honored to be entrusted with this role. This is an exciting time for media because everything is now fluid and adaptive. Through Mindshare’s Adaptive Marketing Framework, we’re in a position to play an even greater role in growing our clients’ business and help them thrive in the “chaos” around. I look forward to add greater value to our clients and to the industry.” 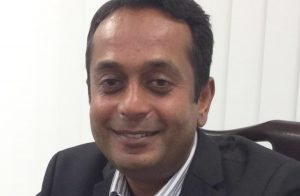