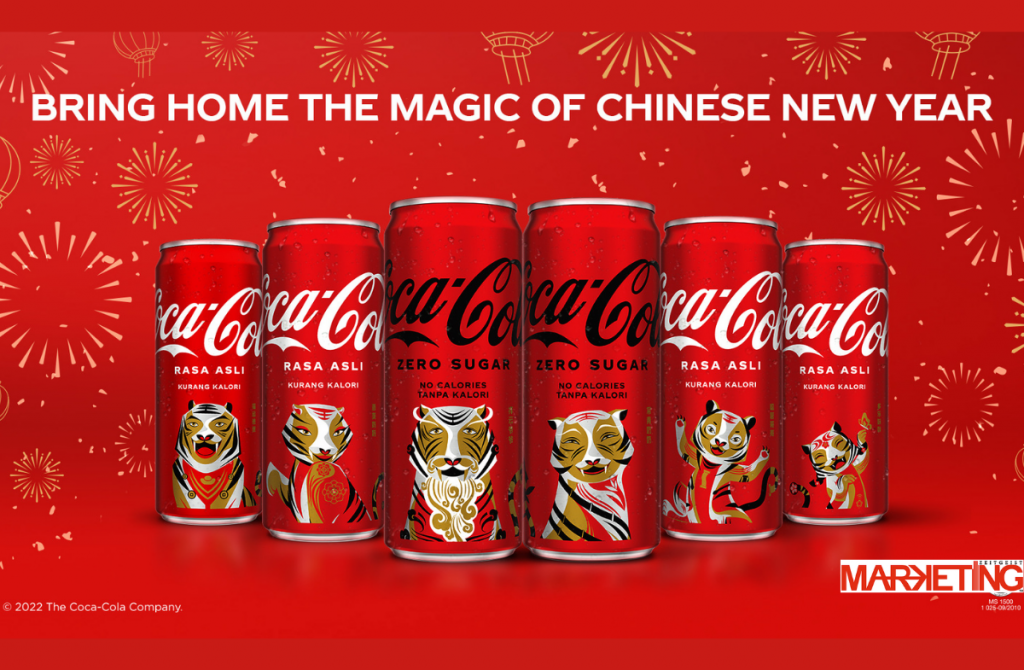 Chinese New Year is a real moment for real magic. A time where families all over are reunited to share intricate moments toasting to the promise of good health and prosperity this new year. During this festive season, Coca-Cola Malaysia invites everyone to embrace and celebrate the real magic of togetherness and community— highlighting how new beginnings are made more meaningful because of the connections we build and share with other people.

“The brand philosophy of Coca-Cola is simple—we believe that real magic is everywhere. We consider ourselves fortunate to have been given the opportunity to be part of every table and witness the real magic of human connections, especially during Chinese New Year season, whether these connections are made physically or virtually. We are excited to launch our multifaced #Bring Home the Magic Campaign for Chinese New Year” said Rina Surya, Frontline Marketing Director COCA-COLA.

The inherent and unbreakable connection between families shine in the recent short film of Coca-Cola – the brand’s way of welcoming the Year of the Tiger. The short video follows a family of tigers preparing for a reunion dinner where a mishap over a bottle of Coke sets off the father and son tiger to an adventure.

Throughout the journey and accompanied by a bottle of Coca-Cola, the father and son rediscover the wonder of their relationship which helps them to eventually be reunited with their family and bridge the generational divide.

Coca-Cola is also releasing six new limited-edition can designs. These limited-edition designs use this year’s Chinese New Year themes, showcasing a family of tigers throughout the Rasa Asli and Tanpa Kalori range.

As the Chinese New Year is all about family, Coca-Cola hopes to be a part of everyone’s magical family moments. The brand is launching, together with the can designs, the Family Reunion Trivia Challenge. Families will be asked five simple questions to see how well they know their members. Participating families will have the chance to win exciting prizes.

Celebrate #Bring Home the Magic of Chinese New Year, new beginnings, and the people around you who make moments of connection and hope truly magical.