Uniqlo has launched a campaign that challenges users of social video app TikTok to post videos of themselves wearing their favorite Uniqlo outfits.

Winning videos will have a chance to appear on video screens at stores and on the brand’s social media accounts.

Contestants must wear an outfit from Uniqlo’s 2019 spring and summer collection and film a video of themselves with a specially made #UTPlayYourWorld music track. After posting a public video with that hashtag, they can follow the @uniqlo.tiktok account on TikTok to receive notification of winning.

The contest is open to TikTok creators in the U.S., France, Japan and Taiwan. The deadline for submitting a video is July 11, and winners will be announced between July 12 and 19.

Uniqlo’s #UTPlayYourWorld on contest on TikTok is well-suited for the social video app, whose audience mostly consists of mobile-savvy people under age 30.

The app’s viral power comes from a feature that urges its users to collaborate on making and sharing videos.

TikTok claims that its users open the app eight times a day, making it an attractive target for mobile marketers that are looking to engage Gen Z consumers.

TikTok, which is owned by Chinese tech giant ByteDance, last year was one of the few apps not owned by Facebook or Google that topped the rankings of non-game downloads worldwide.

A key challenge for TikTok will be monetizing an audience that mostly consists of teenagers using the free app. While teens may influence the purchase decisions of their parents, they also have notoriously fickle tastes.

Still, TikTok continues to make moves into the marketing world. The company this month made its first appearance at the Cannes Lions International Festival of Creativity to expand its global marketing efforts beyond the handful of early sponsors that have tested it out. 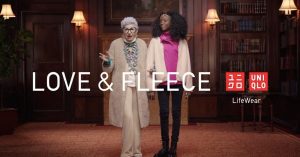