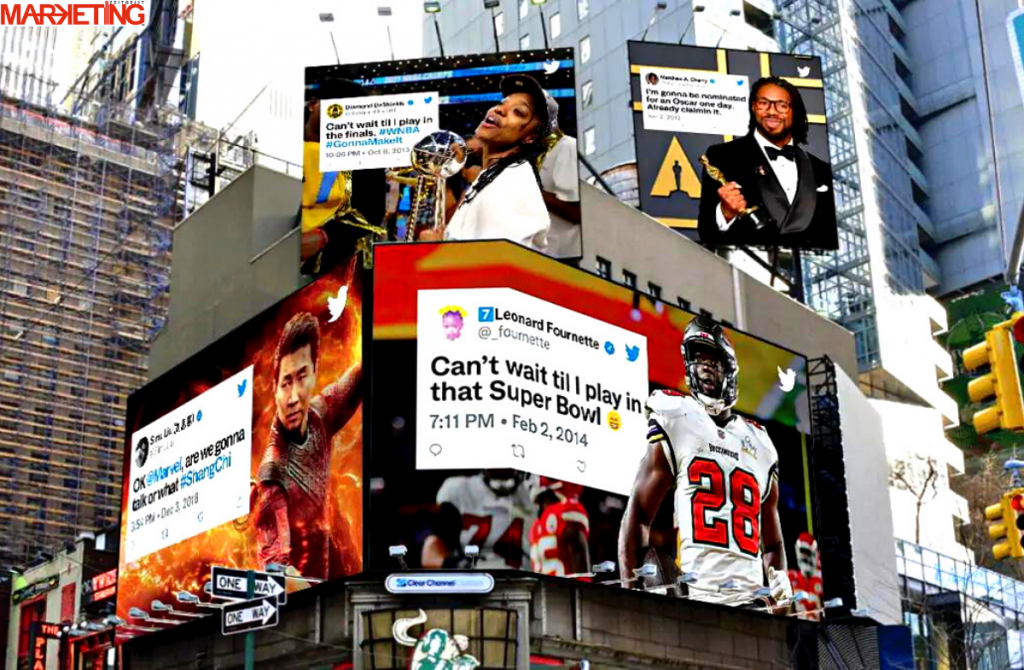 Social media giant Twitter kicked off an out-of-home campaign on Tuesday across U.S. and Canada, featuring tweets from celebrities that expressed wishful thinking prior to achieving their dreams.

The social network said more than 39 billboards in cities including Chicago, Houston, Los Angeles, New York and Toronto were unveiled Tuesday, many in the hometowns of the celebrities whose tweets are depicted.

Twitter has pledged to donate nearly 1 million US Dollars to nonprofits chosen by the celebrities on their behalf, including Boys and Girls Club, Destination Crenshaw, The 3D Foundation and UNICEF Canada.

The social network also said that there have been roughly 59 million tweets about manifestation over the past three years, with tweets related to that topic doubling in 2021 compared with 2020.