(marketingmagazine.com.my) –Universal McCann Malaysia (UM), the media agency under IPG Mediabrands, has been re-appointed as the media partner for Telekom Malaysia Berhad (TM), their third appointment in the last seven years.

In a recently concluded pitch, the agency won and retained the account against a number of agencies vying for the business, where UM will handle the media planning and buying business for TM.

Managing Director of UM, Amit Sutha commented, “Marketing used to be an assembly line but is now more like a trading room that responds sensitively to market movements. This, in part, is because customers today expect immediacy from brands. And this is precisely how we approach our planning. We are thrilled at getting another chance to work with the people in TM because they are true proponents of this new age, an age where marketing and media’s focus has to shift from pushing messages at people to managing an ongoing conversation and building a relationship.”

The agency appointment is for three years.

UM has been the strong force behind a number of successful campaigns by TM, who won Advertiser of the Year at this year’s Malaysia Media Awards, making it twice in the last 7 years. In 2016 alone, TM picked up 17 awards at various local, regional and global award ceremonies. One of the most prominent and successful campaigns was ‘#PakCik Misteri’ – ‘How Telekom Malaysia gamified a TV ad to help those in need’ which won a gold and silver respectively for Best Use of Content and Best Use of Video at the Festival of Media Asia and a bronze for Best Use of Video at the Festival of Media Global. Other winning campaigns to note include ‘How #PakcikPower Reignited Passion for Malaysian football’ and ‘How TM Reinvented itself with the makers of tomorrow’, both winning accolades at the Malaysia Media Awards, The Golden Globe Tigers and the Dragon Awards. 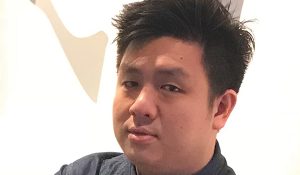 Jingwei finds his way to O&M as Creative Group Head