(Marketingmagazine.com.my) –Tapping into the potential of the 1,191 Indians motorsport fans who attended last year’s F1 race, Sepang International Circuit (SIC), has big plans to tap into the market including a planned office launch in India.

“With 1,191 Indians motorsport fans attending the F1 race at SIC in 2015, India stood at the fifth position after Australia, UK, Singapore and Indonesia and has always been a promising market,”

The current number of visitors according to Sharmila had grown from 117 Indian visitors in 2012 at the sporting event which has led to SIC’s plans on launching an office in India.

Sharmila also added that the Malaysian Grand Prix had been pushed down from March to October to give sufficient promotional time for the event.

Sharing in the article, Sharmila added that last year’s March event left the organizers insufficient time to effectively promote the event, causing an access of tickets.

The new Malaysian F1 Grand Prix will be scheduled from September 30 to October 2, 2016 and according to SIC has been redefined with more family orientation than the past.

This year’s event will feature various other free activities during events including like drift racing, rally, 4×4 off road trail and go karting. 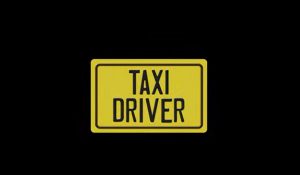