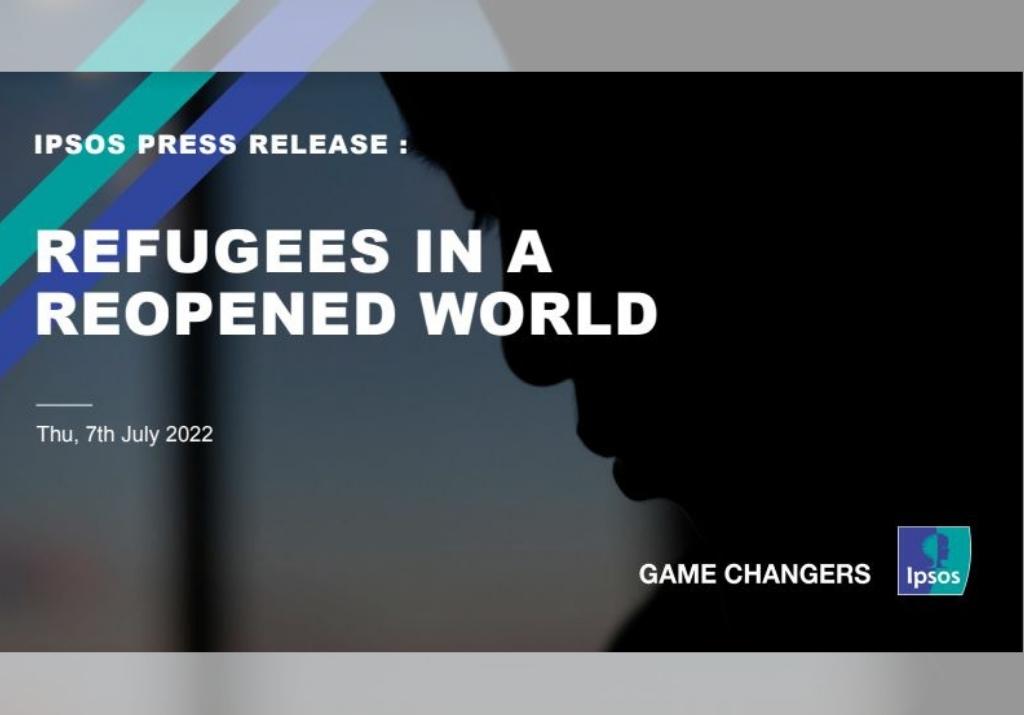 Ipsos has just released the following data from their study on “Refugees in a Reopened World”.

As the world’s opening up, the perception that refugees should be completely shut out has receded, both in Malaysia and globally. 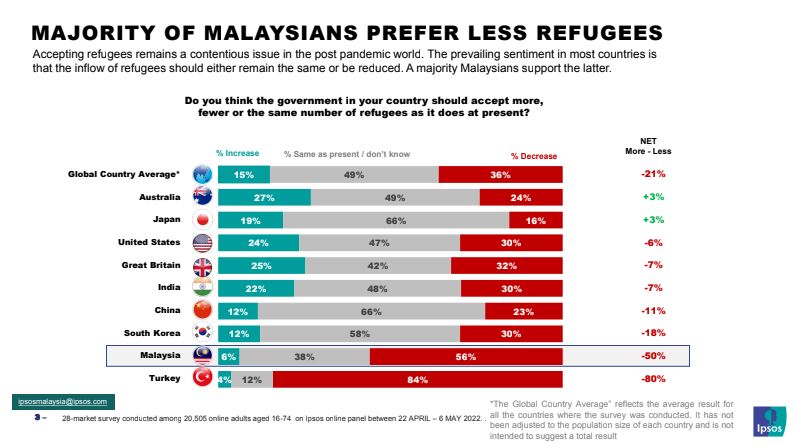 Accepting refugees remains a contentious issue in the post pandemic world. The prevailing sentiment in most countries is that their inflow should either remain the same or be reduced. A majority Malaysians support the latter.

With attention fixed on the war in Ukraine, global citizens are much more likely to accept refugees from Ukraine than other conflict areas. In Malaysia, the pattern is different – there’s higher acceptance for people seeking refuge from Syria than from Ukraine.

Lars Erik Lie, Associate Director, Ipsos Malaysia Public Affairs mentioned, “Accepting refugees is always a contentious topic and was even more so when the pandemic effectively shut borders across the world. As global mobility picks up, people are less inclined to think refugees should be shut out completely than during the height of the pandemic in 2020-21.”

“That doesn’t mean accepting people seeking refuge have become a popular policy – globally, few supports increasing the intake of refugees. In Malaysia, a majority thinks the country should accept lesser of them than it currently does,” added Lars. “With a new Ukrainian refugee crisis emerging as a result of the war, global opinion favours Ukrainian refuge seekers over people from other conflict areas. That sentiment is not echoed by Malaysians, who are more inclined to accept those seeking refuge from Syria over Ukraine.”