The first woman to be appointed Bernama CEO says news agency must keep up with the digital and social media landscape to stay relevant.

Nurini Kassim clocked in for work as the new chief executive officer of the Malaysian National News Agency (Bernama) on January 2.

According to a Bernama report, Nurini said the news agency must keep up with the fast-changing digital and social media landscape to stay relevant.

She was addressing the Bernama staff at a town hall session.

“How we consume content and information today is totally different from before. With your mobile phones, you don’t have to wait for the 8 o’clock news as we used to… contents get pushed out to you and consumers themselves can choose what they want to see, read, hear or watch,” she said.

In the same report, Nurini also said she aimed to position Bernama as the most trusted source and the top choice for news in the country.

The 55-year-old Nurini will be at the helm for a two-year term, taking over from Datuk Zulkefli Salleh who completed his term of service on October 3, 2018.

She holds an MBA from the University of Hull, United Kingdom and was the Head of the Corporate Affairs Department of the Employees Provident Fund (EPF), having held the position since October 2015.

The Bernama CEO also has 15 years of experience, since August 2000, at the Securities Commission of Malaysia where she headed various divisions. 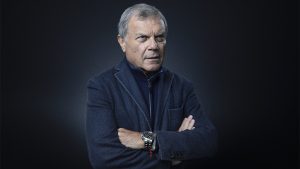