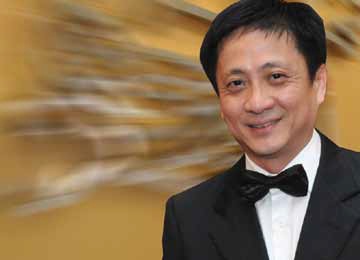 Speaking to MARKETING, Khoo shared that he was glad to have graduated from the ‘University of Nestlé Malaysia’ where he had gained invaluable experience, executing countless campaigns for Nestlé’s top brands for the past 17 years.

Khoo joined Nestlé Malaysia in 2000 and rose from Media Manager to Communications Director, a role he held since 2009. Prior to joining the FMCG giant, Khoo was attached to Zenith Media where he was Head Of Media Buying.

Actively involved in growing the industry Khoo also sits as the Advisor to MAA Council, Member of the Board Of Advisor for UUM (University Utara Malaysia), President Of Malaysia Advertisers Association, Executive Board Member of Asian Federation Of Advertisers and more.

On where he was heading to next, Khoo shared that he was currently considering several offers available, however, was taking some time off to travel before moving forward.

Replacing Khoo is Nestle Thailand’s current Communications Director, Eugene Chan. Having joined Nestle in 2003, Eugene has a global background having worked in several of the company’s key markets including Singapore, Switzerland and most recently Thailand.

According to his LinkedIn page Eugene currently holds the role of ‘Head of Communications and Marketing Excellence Division’ and manages Nestle Indochina’s largest teams of over 50 employees. Starting off as a brand manager at Nestlé Singapore, Eugene has held numerous top level positions within the company including, regional brand manager at Nestlé Australia and Marketing Director at Nestlé New Caledonia. His key specialities include brand building, marketing communications, business strategy, digital acceleration and social media development.

Last month the company announced its first-quarter profit of RM521 million, a number which impressed analysts as it recorded a growth of 4.6 per cent, versus the corresponding period last year.