Consumer confidence trips by a point in Q3 in the country, says Nielsen
Malaysia has ranked 32nd most confident country globally amidst 4 of her neighbours in South East Asia continuing to hold strong with retaining their top 10 spots globally.
The Malaysian consumer confidence remain stable in the third quarter of 2017 with an index score of 93 percentage points (pp) – down 1 point compared to Q2 2017, according to the latest Global Survey of Consumer Confidence and Spending Intentions released recently by Nielsen.
Whilst confidence level stayed steady, the nation slipped four spots to be 32nd most confident country globally (28th place in Q2 2017). (See Chart 1).
“The consumer confidence level for Malaysia remains on par with that of the second quarter this year, below the neutral threshold, but still remaining at its highest level for over two years,” said Raphael Pereda, Nielsen Malaysia’s Managing Director.
“The higher trend in sentiment observed over the last couple of quarters, coupled with the continued improvement in key economic indicators has also led to the first quarter of growth in FMCG this year.”
However, economy, job security and debt, emerged as top key concerns amongst Malaysians who continue to believe recession is impacting growth. Despite positive economic indicators, recessionary sentiments among Malaysians continue to remain high (80%).
Malaysian consumers continue to rank the nation’s fiscal status (44%, -3% vs. Q2 2017) and job security (21%, -1%) as their top two key concerns whilst 17% of the survey respondents also list debt as the third most worrisome (17%, -1%).
Contrarily, as per the survey, confidence levels across Southeast Asia continues to hold strong with four out of six countries in the region retaining their top 10 spot globally.
Consumers in the Philippines are the second most confident globally (131 pp, +1 from Q2 2017) after India, which leads the global ranking.
Indonesia takes the third place (127 pp, +6). Vietnam retained its fifth position from previous quarter (116 pp, -1) while Thailand inched up a spot to be the ninth most confident globally (113 pp, +6). Singapore improved its ranking by two spots at 29th place as compared to last quarter (94 pp, +5). The average global consumer confidence is 105 pp (+1 vs. Q2 2017). (See Chart 2).
South East Asians are also the most avid savers globally, says the survey. Filipinos are the world’s most avid savers (69%) followed by Indonesians and Thais (68%), tied in second place. Consumers in Singapore (67%, 4th), Vietnam (66%, 6th) and Malaysia (63%, 7th) are all ranked within the list of top 10 when it comes to saving any spare cash after covering essential living expense.
Besides prioritizing saving intentions, nearly one quarter of Malaysian consumers have also said that they would divert any spare cash towards investment of stocks/mutual funds (28% vs. 32% in last quarter) and paying medical insurance premiums (22% vs. 25% in prior quarter) while at least two in five intend to pay off debts, credit cards or loans (41% vs. 42% in Q2 2017).
Whilst saving intentions are high among Malaysia consumers, the survey also revealed that Malaysians are ready to spend on holidays/vacations (43%, +1% from last quarter) and new technology products (20%, +1%).
However, Malaysian consumers continue to remain upbeat on their state of personal finances with 56% perceiving that their state of personal finances to be either good or excellent in the next 12 months (+4% compared to last quarter). 45% of the respondents also feel confident about the local employment outlook over the next 12 months (+1% vs. prior quarter).
Nearly nine in 10 respondents have said that they have changed their spending habits to improve household savings in the past 12 months (87%, +3% from Q2 2017) – this includes spending less on new clothes (63%, +6%), cut down on out-of-home entertainment (58%, +2%) and switching to cheaper grocery brands (52%, +5%). (See Chart 5). Nevertheless, should economic conditions improve, at least one-third of Malaysian consumers are expected to continue to save on gas and electricity (34%) and spending less on new clothes (33%).
“The Malaysian economy continued to show strong signs of positive growth with a GDP of 6.2% in Q3 2017, yet the number one concern for Malaysian consumers remains with the economy,” said Raphael.
“This is perhaps because the trickle effect of the improving economy is yet to fully take effect,” notes Raphael.
“Whilst many Malaysians want to save for a rainy day, they are generally doing so at the expense of an interest rate which is lower than inflation. Consumers could start spending again but if they do so without first paying off higher interest rate, then they are simply repeating the cycle of spending and increased debt,” added Raphael.
Top 10 major concerns among Malaysian consumers (Q3 2017 vs. Q2 2016) [%]

Malaysia is the 28th most confident country in the world. 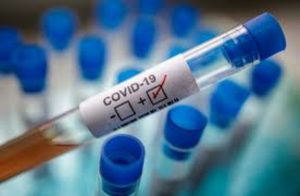 The Need for Real-Time, Reliable Information in Designing Stimulus Packages