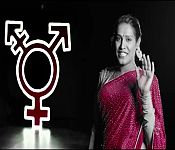 How can you take a tea brand and start a conversation on social change?

Hindustan Unilever rose up to the challenge and clinched the Glass Lions Grand Prix title at this year’s Cannes festival, beating 155 entries in the category. The Glass Lions or The Lion for Change celebrates culture‐shifting creativity.

Creating a campaign titled ‘6 Pack Band’ for its Brooke Bond Red Label Tea the brand aimed to end the stigma against transgendered people in the country. Also known to be part of the ‘Third Gender’, transgendered people are often treated as an outcast in their society, forcing them to turn to the sex trade to make a living.

Tapping into India’s rich culture of music and dance the brand, together with its agency Mindshare, conveyed their message through vibrant music videos interlaced with progressive lyrics on the transgendered folk sung by the pop group. The band even covered a Hindi version of Pharrell William’s popular song “Happy”.

The songs were aired on Indian radio stations and streaming apps, and the band even performed at India’s major music events including Radio Mirchi’s Music Awards and Indian Music Awards.

The campaign even tied back to Brooke Bond Red Label Tea’s tagline which was to ‘Bring people together’. The campaign reached over 25 million people and had an earned PR value of $1.5 million.

Check out the winning entry below:

The Glass Lion’s celebrates award‐winning work which demonstrates ideas intended to change the world including work which sets out to positively impact ingrained gender inequality, imbalance or injustice.