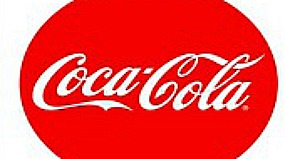 By: Malati Siniah
When you are shopping for groceries next month, don’t be surprised when you face a sea of red in the Cola-Cola section.
Two years after the global beverage brand announced its biggest marketing overhaul, which sees all of its product variants marketed under its master brand – Coca-Cola, the company has finally extended its change to the Malaysian market.
Tish Condeno, Marketing Director for Coca-Cola Malaysia, said that one of the reasons behind the new design and the global One Brand strategy was the brand’s iconic colour – Coca-Cola red.
“Over the years with the launch of Coke Light and other varieties like Coke Zero we have drifted away from ‘Coca-Cola red’. It’s our signature colour that is synonymous with great taste and refreshment,” said Tish.
“We realised we were in danger of losing our iconic colour in a sea of other colours like silver and black, and we knew we needed to reclaim it as an icon of our brand. “That’s one of the primary ideas behind the new design and the global One Brand strategy,” she said.
From May, Coca-Cola’s four colas will be marketed under the Coca-Cola master brand instead of being marketed as separate products, to allow Coca-Cola Zero, Coca-Cola Light and Coca-Cola Vanilla to benefit from the closer association with Coca-Cola Classic. Consumers will soon see the new One Brand design on everything – from cans and bottles to billboards and television ads.
Coke’s range of beverages will feature the ‘rising’ red disc and a splash of each of the products signature colours– black for Zero, silver for Light and yellow for Vanilla.
“The unification of the brands through this design marks the first time in our 130-year history that the iconic Coca-Cola visual identity has been shared across products in such a prominent way,” added Condeno.
The company also announced that it would be launching a new Coca-Cola Zero Sugar, a new and improved sugar-free Coca-Cola, which will be replacing Coca-Cola Zero in Malaysia.
“We know that many people love the taste of the original Coca-Cola. We also know that some of them want to reduce their sugar intake but have been reluctant to try a no sugar option because they don’t think they taste as good as the original. That’s why we are excited to unveil the new Coca-Cola Zero Sugar, which matches the taste of the original Coca-Cola, but without the sugar,” Tish shared.
'Bumper ads''Hit Chaser’'Maxis SOS Network''Sundae Bloody Sundae'‘Bangkit’‘Buy a Lady a Drink’‘Fabulous Four’‘Fuel Your Performance’‘Go Places’‘Kongsi Home project‘rewrites history’‘Save Now’‘Venuepedia’‘Yesterday for Tomorrow’“Celebrate Your Child’s Multiple Intelligence”“Creative Genome Project“Cross River Gorilla”“Facebook at Work”“Humor is only for intelligent people!’“MARKETING IN A DOWNTURN”“Responsible content standards'“Role Reversal”“Semangat Bola“The Dangers of Anti-Creativity”“The Minute List”