AirAsia X has once again announced its participation in the upcoming Comic Fiesta 2016, held this weekend (17 & 18 Dec) at the ePutra World Trade Centre.

While last year the airline was the prize sponsor for the annual convention, for this year AirAsia X came on board as the event’s main sponsor.

Benyamin Ismail, Chief Executive Officer of AirAsia X Berhad said “We received a very positive response from our participation as prize sponsor last year. This year, we are happy to return as the main sponsor and we look forward to engage with all the cosplayers, comic and animation fans and join in the creative energy by everyone.”

The airline will be promoting its Japan route during the fair. Lucky attendees stand a chance to win free flight tickets to Japan.

One of the main highlights that visitors can look forward to is the Cosplay Invitational and Malaysia Comicker’s Challenge, where participants can sign up and showcase their cosplay skills and dress up as their favourite character. Winners for each category will be announced on 18 December 2016 at the Comic Fiesta 2016 and they will stand a chance to win return AirAsia X flights from Kuala Lumpur to Taipei as well as Kuala Lumpur to Tokyo.

Comic Fiesta is Malaysia’s largest and longest-running animation, comics and games (ACG) convention. Last year the event which was held at The Mines Convention Centre attracted over 45,000 visitors.

Winning case-studies presented by the creators themselves…

Philip Morris brings in a new MD for Malaysia and Singapore 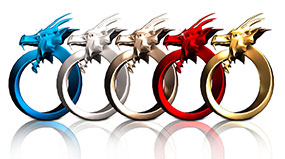