Facebook CEO, Mark Zuckerberg, has put together a very insightful and long blog-post; while he did touch on many points, it all boils down to one thing: the general public is privacy-focused now.

This, of course, sets the agenda on what Mark’s social network platform is looking to do next. 15 years since its creation, with key acquisitions – like WhatsApp and Instagram – along the way, this is good step forward. Or not, depending on the viewing angle.

“As I think about the future of the internet, I believe a privacy-focused communications platform will become even more important; moreso than today’s open platforms,” said Mark. “Today we already see private messaging, ephemeral stories, and small groups are the fastest growing areas of online communication.” For him, being more privacy-focused is now on the cards.

As more legislation look to regulating privacy for online platforms, the Facebook Boss is moving towards that as well. Of course, he openly admitted how “people don’t think Facebook can or would build this kind of privacy-focused platform. It’s because, frankly, we don’t have a strong reputation for building privacy protective services; also, we’ve historically focused on tools for more open sharing,” he added.

For Mark, the move is timely as he feels the future of communication will fully shift to private, encrypted services. This concept is what people are now demanding for so they can be confident with what they say to each other. In such a space, their discussions will stay secure and their messages and content won’t stick around forever.

“This is the future I hope we will help bring about,” he revealed.

Simply put, he wants to ready Facebook or develop an equivalent platform that will privacy-focused first. “We plan to build this the way we’ve developed WhatsApp. That means we focus on the most fundamental and private use case – messaging – and make it as secure as possible. After that, we build more ways for people to interact on top of that,” he added.

What Mark is referring to is communication services like calls, video chats, and groups. These can then expand to stories, businesses, payments, and commerce. For him, the goal is to, ultimately, create a platform for many other kinds of private services.

The move, according to The Verge, is mixed with many critics claiming it’s another play for collecting more user data. On the opposite side of the court, it could be a business opportunity. One that won’t just reverse years of damaged reputation, but also tap onto growing interests in financial and banking technologies.

In reference to what Mark alludes to as ‘other kinds of private services’, this is likely his primary objective. It’s an open secret that mobile payments and eCommerce are now Facebook’s current pet obsessions.

How serious are these bold plans? Mark frames it with a very serious and direct approach: “We won’t store sensitive data in countries with weak records on human rights; mainly user privacy and freedom of expression. This is to protect data from being improperly accessed.”

Will the move be unpopular to certain government actors? In some instances yes and Mark responds to that: “Upholding this principle may mean that our services will get blocked in some countries; or that we won’t be able to enter others anytime soon. That’s a trade-off we’re willing to make.”

Bold claims from the Facebook CEO and something many will be watching closely. At press time, there is no word when this new service will come online. Even so, Mark is confident that his vision will come to being “over the next few years.” 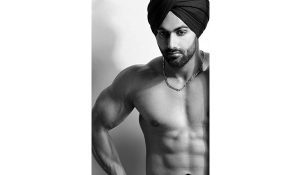