If you go to Wrigley’s Doublemint’s Facebook page a series of animated photos of individuals in various situations asking to be given a chance will greet you.

These images are a teaser to the brand’s #KasiChance campaign, crafted by its creative agency BBDO. The initiative however goes beyond a simple hashtag.

“Most people already have it in them to do something great. They just need a chance to do it. That’s where the idea for the #KasiChance campaign came from.” Krystle Morais BBDO’s writer who came up with the idea shared.

The campaign which engages with a young target audience, officially kicked off last week primarily through digital assets with the release of an activation webfilm called ‘The 5-Minute Date’.

Viewers follow the story of Aiman, who is out looking for a date and finally takes the lovely young lady who agrees to go out with him on an action-packed speed date. The spot ends with a special 50% discount promo which viewers have to screenshot to redeem. The video which has raked up over 766,000 views and over 4,000 shares on Facebook will also be screened in cinemas.

Bringing the campaign to life is a series of open mic nights called the #KasiChance Day. Supported by Universal Music Malaysia, the initiative aims to #KasiChance to undiscovered local acts for a chance to make their music dreams a reality.

According to the agency the next phase of the campaign will be an initiative to kill the Monday blues.

“A platform called #KasiChance Mondays will be created to encourage everyone to give Mondays a chance. We will partner with several comedy clubs, jazz and rock bars to make Mondays more happening, with the gum as your ticket to a rocking Monday night.” Krystle shared. 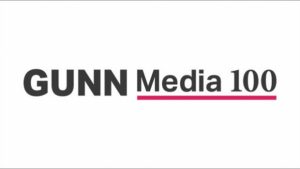 Use MARKETING Digest to reach and engage with your audience