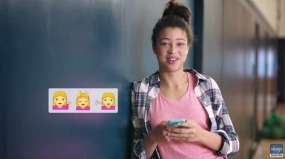 The Gunn Report for Media, the global evaluation of media innovation and success, has today released its 2016 Media Report, summarising the overall media performance in the year January to December 2016 based on the results of the most important global, regional and national Media creative award contests spanning 40 markets.

Highlights from the 2016 Gunn Report for Media include:

Most Awarded Media Agencies in the World 2016

Most Awarded Media Agency Networks in the World 2016

Most Awarded Advertisers in Media in the World 2016

Most Awarded Countries in Media 2016

Media Campaigns of the Year 2016 (not ranked)

Sainsbury’s, ‘Starting The Gift Of Reading At Christmas’, PHD (London)

Journalist Isabelle Musnik, editor of The Gunn Report for Media, says, “The outcome of The Gunn Report for Media 2016 shows that while technology and data are fundamental to achieving results, insight, strategy and innovative ideas are essential to delivering them as well as bringing positive results which can be measured. Creativity and efficiency are not antithetical.”

Isabelle added, “Good and creative media ideas have diverse sources, have widely different budgets and come from all over the world. 2016 has been the year of data, mobile, apps, programmatic advertising, life video, new formats, social media, virtual reality, artificial intelligence and the emoji, all of which enable consumers to experience brands like never before.”

The Gunn Report for Media 2016, which includes ranking tables and analysis, is now available to view in full online at www.gunnreport.com