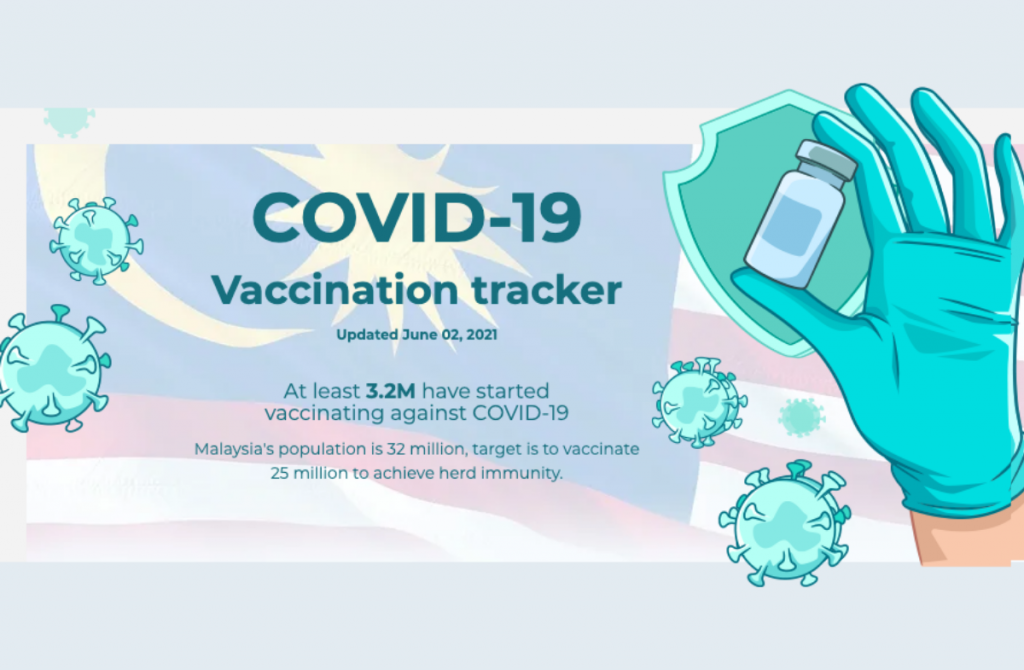 The Edge Media Group launched an ad campaign, If You Are Not Part of The Solution, You Will Be Part of The Problem, in an effort to ramp up national COVID-19 vaccination registrations.

Complementary to the campaign, The Edge will be using its very own Race To Herd Immunity charts to track the number of vaccinations done on a federal and state level, in all its digital and print platforms.

“When the pandemic broke out last March (last year), we helped raised RM25 million to buy equipment to support our hospitals and PPE (personal protective equipment) for healthcare workers (and) this effort will be coming to an end soon,” said The Edge Media Group publisher and Group Chief Executive Officer (CEO), Datuk Ho Kay Tat. “The way forward now, as the government and medical experts have said, is to vaccinate as many people as fast as we can.”

According to The Edge, to achieve herd immunity, the Malaysian government wants to vaccinate 80% or 25 million of Malaysia’s 32 million population by year end and as of 2 June, just over 3.2 million people (10% of the total population) or 13% of the target of 25 million had been given at least one dose of the vaccine.

Health authorities are also concerned by the low number of vaccine registrations so far. Currently there are just under 12 million individuals who have registered, which is less than 50% of the 25 million target. Authorities have also emphasised that vaccine hesitancy will derail efforts to end the pandemic because it will prevent Malaysia from achieving herd immunity.