Those of you with kids ages of 4-10 may be familiar with a little pink pig called Peppa.
This popular British cartoon series which captures the daily adventures of Peppa Pig was dragged into the issue of unsafe content when people began discovering versions of the cartoon on YouTube which were far from child-friendly.
An exposé by BBC showed there were thousands of videos carrying look alike versions of favourite cartoons which contained disturbing and inappropriate content,  not suitable for children.

In the case of Peppa, the fake version of the character had her teeth brutally removed with sounds of her screaming in the background, an image which could  traumatise a child.
Despite YouTube having its safeguards, protecting kids from unsavoury content with its Kid App and its ‘restricted mode’, the video managed to bypass this due to the ‘safe’ tags used to promote the video.
YouTube once again took a hit when former videos of one of its top creator PewDiePie had resurfaced and had many questioning the safety of the platform once again.
In the controversial videos PewDiePie, who had previously collaborated with top youth centric brands including Universal Pictures and the ‘Walking Dead’ game franchise, was seen to be making anti-Semitic jokes and showing Nazi imagery.
Once again, the issue of brand safety came once again into question.
Tighter grip on Digital
Last year, P&G spent $2.4 billion on US advertising, making it the biggest advertiser in America. However the same cannot be said this time around.
A much talked about move from the brand came when P&G announced it would be downsizing its digital ad spending budget by up to $140 million.
Finance Chief Jon Moeller cited “fake traffic driven by bots and objectionable content” as key factors in the corporate giant’s decision to scale back on its digital ad spend.
“Digital ad spending was lower versus a high base period and due to current period choices to temporarily restrict spending in digital forums where our ads were not being placed according to our standards and specifications,” stated P&G’s earnings report.
Tapping technology for safer online environment
YouTube in its bid to win back the big advertisers that include L’Oréal and Verizon to its platform, had been going through a rigorous process of reviewing its policies and giving brands more control over ads.
Recent reports also showed that the platform had been in the recent months testing a new AI-powered detection and removal tool to identify videos which violate its community guidelines.
A claim by them in TheDrum showed that over ‘75% of the videos it has removed for violent extremism were purged before receiving a single human flag’.
Blaze Digital commits to brand-safe environment
Advertisers are paying close attention to brand safety following controversies on ads from big brands unwittingly appeared on questionable and unsavory websites and videos.
Lack of viewability on impressions bought through digital mediums continues to be a challenge facing both advertisers and publishers.
Against this backdrop, Blaze Digital, Astro’s digital marketing arm, has set in place the necessary steps to build a brand-safe environment for advertisers.

Blaze Digital’s General Manager, Jayaram Nagaraj aka Junior (picture), explained that its programmatic technology stack, Xoom, is key to ensuring that viewability, click-fraud and content verification are securely managed.
“Xoom works on a pre-bid and post-bid basis with specialised technology partners to detect questionable, low quality or fraudulent inventory and eliminates it as required,” said Junior.
“We are enabled to offer viewability optimisation. This offering allows advertisers to choose third party measurement providers including, but not limited to, DoubleVerify, Integral Ad Science, ComScore and Moat,” Junior added.
When it comes to optimising viewability, factors such as user behaviour, time of day and location are used to ensure maximised viewable inventory; enabling advertisers to optimise towards in-audience goals and provide an impact on consumer behaviour – all the while maintaining scale.
Programmatic buys on Xoom are monitored not just by performance but also by guaranteeing 97%+ of the inventory is fraud free or your money back. 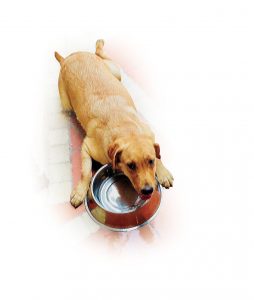 You are barking up the wrong tree 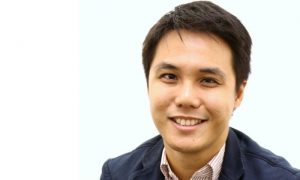