With Reframed, commuters are introduced to up and coming artists. Selecting a new emerging artist to be displayed annually, the exhibition gives the opportunity for the artists to have their work viewed by commuters using the Sydney Trains network.

Reframed is an artistic viewing, made possible by outdoor media company Smartbox. Relatively new to the Australian scene, Smartbox is an automated and interactive data-led retail and advertising network reframing the way advertisers speak to consumers.

For Smartbox the aim of Reframed is to show the “beauty and effectiveness of restroom media” by occupying the digital displays with something unexpected: art.

“This exhibition also provides a unique opportunity for us to reframe the perception of advertising in public restrooms throughout the Sydney Trains network,” says Tuteja. 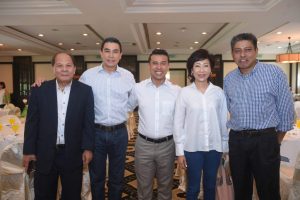 OAAM pledges to build and promote a sustainable industry

The story behind the covers of Time Is the world ready for virtual graffiti?