Speaking at the Association of National Advertisers media conference in the US yesterday (11 April), the company’s chief brand officer Marc Pritchard said that attempts to “retrofit” media and advertising standards onto platforms that weren’t originally built for advertising weren’t working.

And so rather than calling for another clean-up of the ecosystem, he is advocating a new way of advertising online that is “good for consumers, our brands, our industry and society”.

“Far too much of the intellectual firepower of our industry is being spent on fixing problems versus focusing on delighting the people we serve,” he said.

“The problem is, many of the platforms were not originally built for advertising.

“They were built for social communication and freedom of expression. We’ve all had a hand in monetising them and we’ve all been trying to retrofit our media and advertising standards for years, but it’s only partially working.

“Rather than calling for endless retrofitting and clean-up, I’d like to offer a new approach. It’s time to invest our brainpower into an ecosystem that builds in quality, civility, transparency, privacy and control from the very start.”

Pritchard outlined how P&G has already taken steps to move to this new media supply chain. On quality, it will only buy media from places where content quality is “known, controlled and consistent with its values”.

P&G is now choosing to advertise only on ‘safelisted’ channels and is pivoting to more precise placement, as well as forming partnerships with new platforms that prove from the start their content is “safe and under their complete control”.

And Pritchard called out platforms that defend brands appearing alongside illegal content, saying they must take responsibility.

Far too much of the intellectual firepower of our industry is being spent on fixing problems versus focusing on delighting the people we serve.

“We’ve been tolerant for too long in the digital media world. It’s not acceptable to have brands showing up where opioids are being offered, illegal drugs are promoted, abhorrent behaviour is present or violence is seen,” he explained.

“The apologies are heartfelt and appreciated but that’s not good enough. We’ve been told it’s not intentional and we know it’s not. We’ve heard ‘not many people saw it’, that’s not the point.

“Every platform has a responsibility to control their content…None of us should ever have to worry that our brands end up anywhere near that kind of horrible content.”

On civility, Pritchard joined Unilever’s Keith Weed in warning that the current ecosystem has made it too easy to “hijack conversations” and “disproportionately amplify negativity, divisiveness and even hate”.

He pointed to how TV and radio broadcasters, print magazines and newspapers handle editorial comments as a “gold standard” it wants all platforms to adopt.

“We prefer to work with those who don’t allow anonymity to be a weapon,” he said. “While today everyone can have a microphone, it doesn’t mean every voice needs to be amplified.”

If all platforms can follow a “common set of standards and practices”, Pritchard believes brands will be able to address issues such as ad frequency that so annoy consumers.

Common standards on privacy are also necessary, he suggested, pointing to the fact there are 27 different laws for handling consumer data in the US alone.

Finally, Pritchard put the onus on brands to “take control of their own destiny” by stopping focusing on shiny objects and bringing more work in-house so it can cut costs, get closer to consumers and work more closely with media providers.

By doing this, P&G has already reduced media waste by 20%, increased reach by 10% and saved $1bn in agency fees and production costs.

That has also led to P&G “placing media where it is most effective and efficient”, reducing wasteful spend and reinvesting into “better performing media” including TV, radio and outdoor.

P&G has also warned that it will “vote with its dollars” by investing its media budgets into companies who follow its roadmap.

“At minimum, we want P&G brands to operate in a highly efficient, quality, civil, transparent and privacy compliant media supply chain,” he concluded. “Ideally we will all take these steps and work together to create an entirely new media supply chain for our industry that creates greater value and trust for the consumers we serve.” 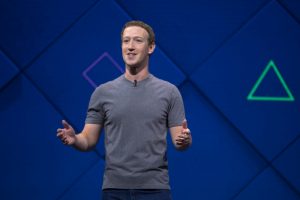 Finally an auto-delete function for Google