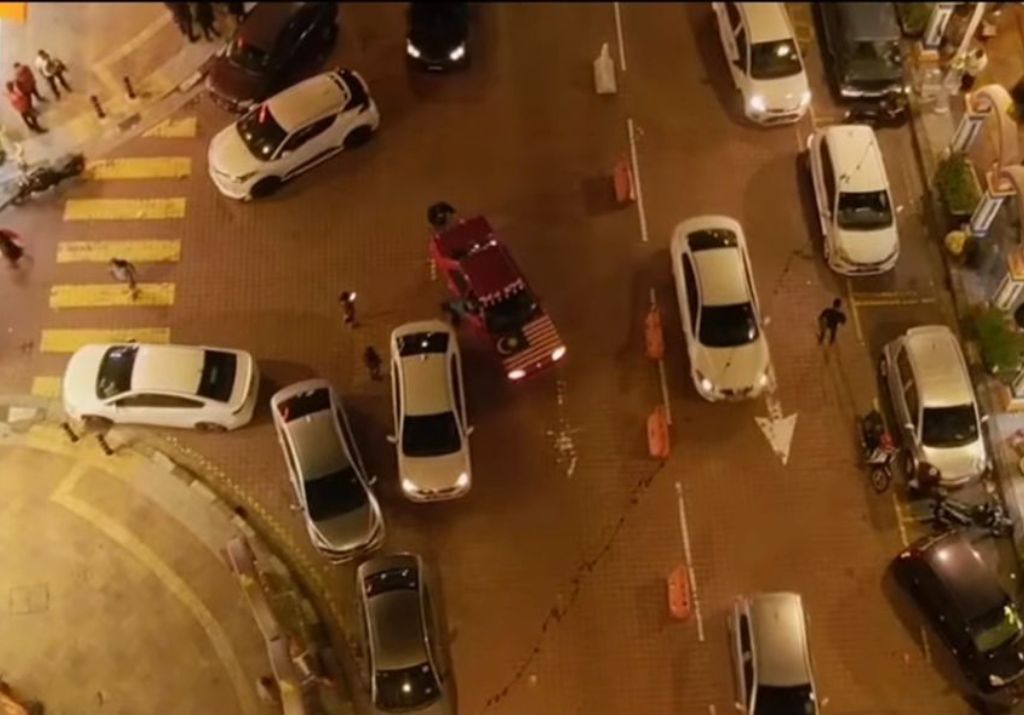 Titled ‘Sejauh manakah…’ (how far), the film is a social experiment to observe the Malaysian spirit on how far they would go to help a stranger.

It sees a lone man struggling to push his broken-down old PROTON Saga car through the famous streets of Klang Valley amidst crowds of onlookers.

Kevin Le, Executive Creative Director of MBCS said, “Undertaking this project with MBSB Bank was both moving and inspiring. We wanted to see if our enthusiastic Malaysian spirit still lives on against this backdrop of increased traffic and other post-lockdown challenges.

While most were preoccupied with their own lives and let the moment go by, we were touched by the number of genuine strangers who dropped their own tasks to help out.

“Proving true to the message of the film – ‘Selagi kita bergerak bersama, langkah demi langkah, kita akan sentiasa berdaya maju’, translated: ‘As long as we move together, step by step, we will continue to succeed.’” Kevin stated.

Azlina Mohd Rashad, Chief Corporate Officer of MBSB Bank said, “We wanted to capture the essence of who Malaysians are, and this social experiment showed it to us in abundance. Malaysians truly are helpful, giving, and considerate of one another.

MBCS has portrayed this idea with the heart and soul that rhymes so well with the theme of ‘Keluarga Malaysia Teguh Bersama’ (Malaysians Stand United).

“Just like the film, MBSB Bank is always by your side, to accompany you and be part of your journey. ‘Sejauh manakah…’ is a gift to the nation from MBSB Bank in celebrating the National Day and Malaysia Day 2022”.

Kevin adds, “The artistic direction of no dialogue was a conscious choice as we took our audience on a journey, playing off the ‘Uncle’s’ lone struggle against a backdrop of apathy, complemented by an altered and moving piano rendition of Negaraku.”

The film’s journey takes viewers through popular areas in the Klang Valley including Klang, Shah Alam, Petaling Jaya, Chinatown, Dataran Merdeka and other landmark areas in the city.

It was directed by Esham Shahlin, produced by Artisia Productions and released on digital channels. MBSB Bank, a full-fledged Islamic Bank, is a wholly owned subsidiary of Malaysia Building Society Berhad.