(Marketingmagazine.com.my) -How often have you gone to an awards show only to discover who won, and for what, but not learning why they won?

This dilemma led advertising veteran Harmandar Singh, also known as Ham, to embark on a mission to bring The APPIES to Malaysia.

And finally, following a seven-year track record in Singapore, the highly acclaimed APPIES – an annual festival showcasing the best marketing ideas across Asia – has launched its Malaysian edition.

“Think of The APPIES as the TED of Marketing, where campaigns that have rewritten marketing cliches are presented Live and scrutinised by the best minds in the business,” announced Ms Goh Shu Fen, Advisor of APPIES Malaysia and Principal of R3 Asia Pacific.

Campaigns are presented by their creators in an interactive format comprising of a four-minute creative reel, followed by a six-minute oral presentation, and finally the presenter fields questions about the campaign from the judges and audience in a Q&A session.

APPIES Malaysia Chief Judge Adam Wee Abdullah, Group CMO at CIMB Banking Group, says, “The unique aspect of the APPIES is the Live judging where the nominees who are presenting get an opportunity to interact with the judges and other delegates.

“Personally, I feel it is particularly rewarding for the delegates who will get a chance to witness the judging and take away insights and feedback, on the same day.”

“The APPIES Awards mechanics provides opportunity for judges to not only challenge the submissions but also brings a fresh perspective directly to the participants that might have otherwise been overlooked.”

Both creative and media agencies, and marketing organisations can enter this inaugural instalment of The APPIES in Malaysia by submitting their entries by 15 March 2016. Campaigns must have run between 1 January 2015 and 29 February 2016.

“The APPIES is a showcase of work garnered through creative insights and executed with effectiveness via the collaboration between the client and the agency.

“It serves as a stimulating and eye-opening platform for players in the industry to see how multiple channels can be used effectively through innovative campaigns,” summarises Sridhar Ramaswamy, Chief Judge of APPIES Asia 2015 and Director of Marketing at Lenovo.

“The APPIES Marketing Festival is like a 2-Day Marketing MBA on May 19 & 20. Delegates get to shuttle between presentation halls to listen and be up close with some of the most compelling marketing campaigns in Malaysia, through the LIVE presentation format.

“After having organised so many award shows across the region, I feel redeemed this show will bring real learnings to those who attend,” notes Ham, who is also President of APPIES Malaysia.

APPIES Malaysia 2016 judges confirmed so far include the Who’s Who in Malaysian marketing:

APPIES Malaysia will a host a two-day Marketing Festival and Awards event on May 19 & 20, 2016 at the Eastin Hotel in Petaling Jaya. Details for submissions and registrations are at www.appies.com.my Brands rise up to the "crispy rendang" challenge 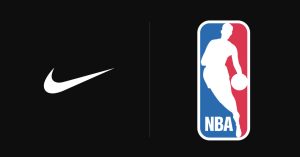 5 brand marketing tips one can glean from the NBA