New WARC forecast, a comprehensive conclusion from various analysis in 96 countries, suggests that total Internet ad spend will decline. This is part of its predictive report that reveals a top-line growth for the global advertising industry.

To be more specific, WARC expects to see a 4.3% rise estimate for the marketing space in 2019; this roughly translates to a total investment jump to over US$616 billion. While it is a slight shortfall from 2018’s 5.4% jump, the overall outlook is still positive.

Interestingly, the Google and Facebook duopoly for advertising is not in the decline. Instead, the ad spend on the two platforms will likely see an increase. WARC believes it can go as high as 22% or US$176.4 billion.

“While advertising investment is stable at the top-line – maintaining a 0.7% share of global GDP since 2011 – the under-currents changed. The amount of ad money available to online publishers beyond Google and Facebook is now in decline; of course, the repercussions are potentially far-reaching, with several high-profile announcements of job-cuts seen among online publishers already this year. As is, print publishers have already been severely hit by the migration of ad-dollars online; while traditional media, excluding print, have fared admirably to-date, they’re also trending downwards,” said James McDonald, Data Editor, WARC.

Even with the decline, the Internet is still the primary driving force for global advertising growths. However, TV is still the largest advertising medium, whereas mobile is a close second. Print, Out-of-Home, Radio, and Cinema make up the rest; of the four, only print will continue to lose market share. 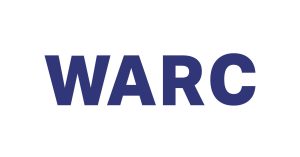