Who doesn’t know the Grinch? Based on Dr. Seuss’ beloved holiday classic, Jim Carrey stole all our hearts with his rendition of the grumpy, Christmas hating character in the year 2000.

But how would Universal Studios get the public to race to the cinemas with a Christmas movie a month too early?

A massive green, snarky billboard that would get your attention of course.

Across the country, people couldn’t turn away from the giant green billboards that saw the Grinch dropping truth bombs and doling out snarky comments. Many billboards were also tweaked for their specific location.

One in New York City stated: “Good luck getting those Hamilton tickets.” In Los Angeles, the Grinch turned his ire toward aspiring actors: “Oh, you’re trying to make it in Hollywood.

Let me know how that goes.” He also wasn’t opposed to poking fun at himself. “Another remake, I hope you’re happy Hollywood,” acknowledges the new film’s place as the third to tackle the Dr. Seuss classic after the beloved 1966 animated TV special and Jim Carrey’s 2000 live-action version. By the looks of The Grinch‘s opening weekend box office haul—it earned $67 million—the viral campaign was a success.

It even knocked off Bohemian Rhapsody off the top of the UK box office. 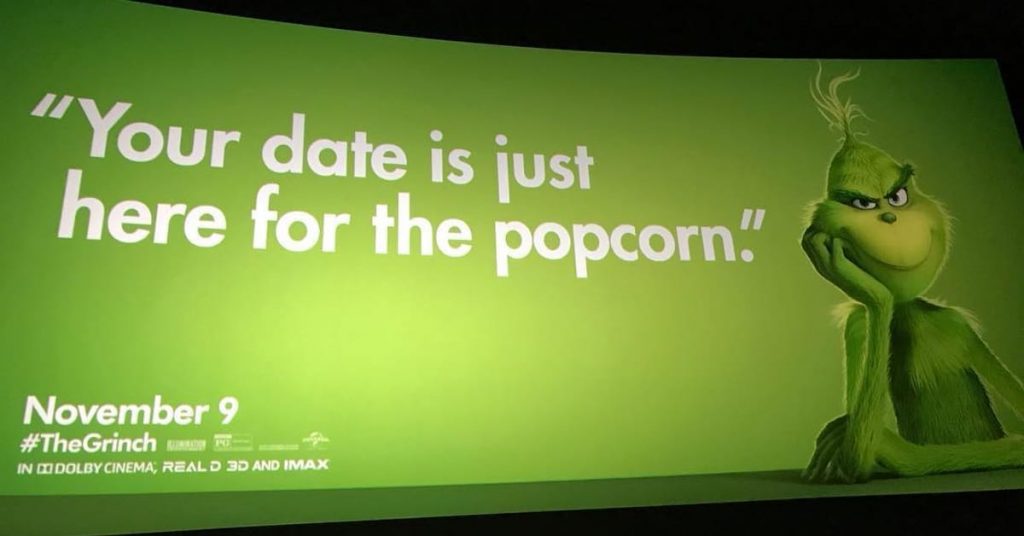