A Foodpanda survey reveals 62% of Malaysians believe the ‘first bite’ is the best moment of one’s food experience while 64% of people worldwide also support this notion.
The survey was carried out to find what is the ultimate moment of that delicious food experience? Is it choosing food from a menu? The anticipation before it arrives? Is it the first bite, or the last forkful? The ‘first bite’ has emerged as the most popular answer.
A spokesperson from Foodpanda said, “there is a universal sense of excitement surrounding the first bite of food. Whatever our background, we all share a love for a great food experience, whether at work or at home, alone or with friends.”
To prove this notion, foodpanda conducted a survey across nine of its markets* and received more than 2,000 customer responses. These responses have helped the company to analyze and understand the culinary experience, as well as the senses and moments that play a pivotal role in it.
But do specific senses play a bigger role when it comes to reaching for the first bite? As per foodpanda’s global results, yes, and the key sense isn’t taste!
It seems that sight and smell are the most heightened senses, resulting in (66%) and (56%) respectively, followed by taste at (53%). In Malaysia, the most heightened sense is taste at a massive (59%), followed by sight (58%) and smell (56%).
Surprisingly, taste was not a front runner globally, like it evidently is in Brunei (73%). Another exception to the rule are Philippines, with smell being the most heightened sense at (74%).
When it comes to sharing food, people seem to fall on different sides of the spectrum. Some love sharing their food while others totally oppose it (but don’t mind taking a bite out of someone else’s), while the rest don’t like food sharing at all.
When foodpanda asked its customers whether they would happily offer their first bite of food, 80% replied in the affirmative. Even more notable, Malaysians scored above the average at 76%, but falling short of Hong Kongers and Taiwanese who scored 95% and 94% respectively. What Gen-Z’s really desire and why marketers should care 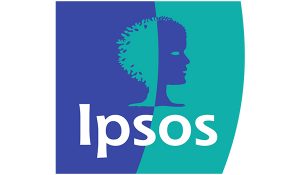